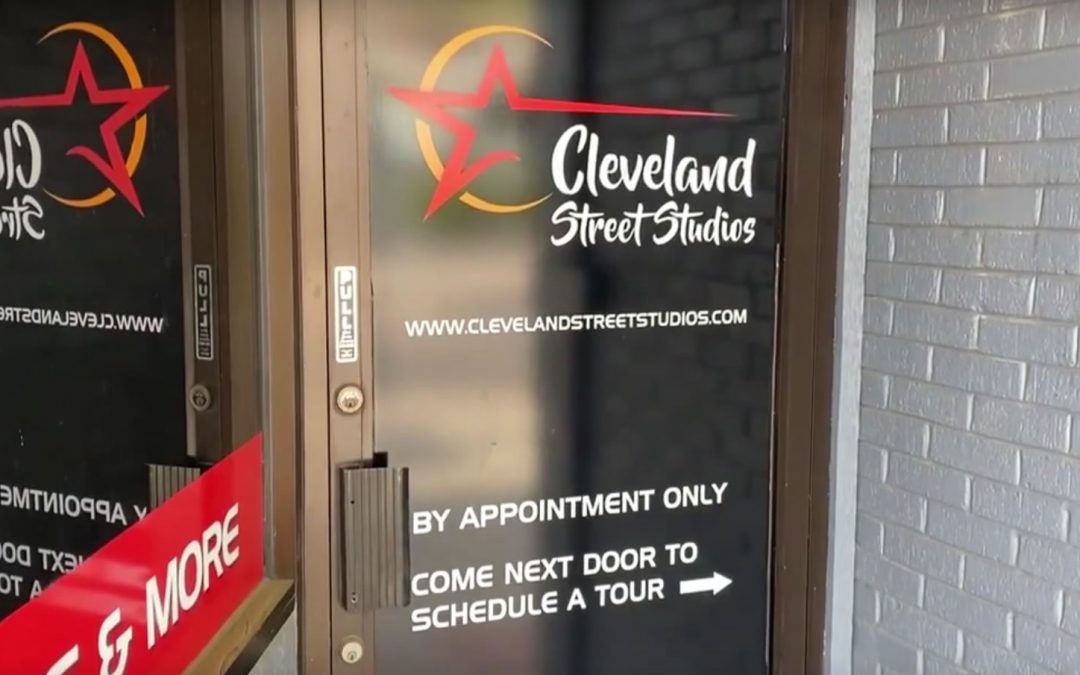 All posts from this author. ||
Video Transcription: “I am Keanan Kintzel and I own Buzzazz right next door. We’re in Clearwater Florida a long way from my home up in northern Indiana near Chicago. This is the brand new Cleveland Street Studios in downtown Clearwater right across from the old post office and it’s a micro studio for people like photographers, videographers and people that like drones. We’re going to do some events here, podcasting & live streaming etc. Basically I had the concept where I grew up in northern Indiana we had Wahlbergs was in Cedar Lake. It was a great photography studio and that was my first real paying job actually outside of the family business and I cleaned his studio and helped him and I was fascinated by you know Mr. Wahlberg and his photography equipment and stuff and he had a dark room. Those little studios in the last 10 years or so have all disappeared from the landscape.

So I thought what a great thing if we could build a studio for the photographers that still are in business that don’t have the wherewithal to have a studio but they could share it so this is kind of a co-op community studio that I’ve created. This equipment you see here was brought here by Flair Media Group. He is a professional videographer. He’s done commercials for Toyota and other companies in the area and so he’s collaborating now. So we want to make it a collaborative community effort to have a studio that is affordable for photographers, videographers, small businesses to do headshots, maybe some company videos, etc.

Get the good news out there. It’s so insidious you know how much bad news is promoted on a daily basis through the papers the magazines the TV etc. It was 1995 or so a friend of mine suggested that I stop watching the news and reading the newspaper. He said I would feel better. I said, “oh that’s a bunch of bunk”. He said, “no no come on try it”. So all right I’ll try it and lo and behold after a few weeks I couldn’t believe how much better I felt. That was my first kind of wake-up call to wow there really are merchants of chaos you know that make a fortune creating trouble out there and you know anybody watching this can take a look. They probably understand what I’m saying.

When you and Pat and Orianna came to me with this idea, the Community Good News Warehouse,  I thought what a marvelous creation to be part of. So to have something that offsets the balance to promote you know the kid who won the spelling bee, you know what I mean, where’s that go. It’s never on the news or the people that helped the girl scouts win the you know the price for the most cookie sales or the team that won the little league regional championships. So there is a lot of good things that happen in our community, it’s just normally not promoted for whatever reason.

So the warehouse to me is the most brilliant idea I’ve seen for a community in a long time and I’m super super excited to be part of it. If you want to find out more we just built a website it’s clevelandstreetstudios.com. It has the contact information. It’s pretty much a landing page at the moment but it’ll evolve when we start doing events and we’ll add photographs and videos and all that jazz but the phone number’s on there. The website is clevelandstreetstudios.com and then you can schedule a free tour to come down check it out. We haven’t even figured out the pricing yet but we’ll make it very budgetable.”