Time To Repackage – Operating In A Disruption Environment 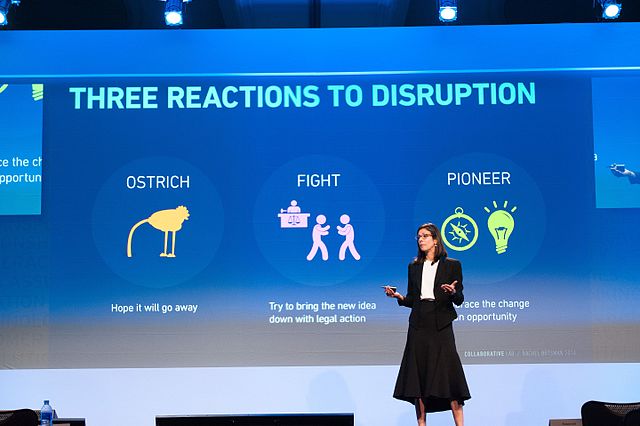 Embrace The Chaos, Create Your Own

Democrats on the back foot. Journalists hunkered down waiting for the next attack. Sure, some members of these groups are weathering the storm admirably, but on the whole they seem to have been caught flat-footed.

Fake is the label affixed to most mainstream media outlets, and any that consider themselves serious operators need to have a seat in the West Wing Press Pool – and that just isn’t the guaranteed thing that it was. When you have been cast as the bad guys in a game where you are still trying to wrap your head around the fact that your enemy is someone who was considered by most people in the press to be something of a joke that isn’t going to work, you can’t be operating off the same map you used to navigate before.

Democrats have been fairly invisible in terms of their presence in the media. If the war is won by column inches then the Republicans have been dominating. I know Chuck Schumer, the Senate Minority Leader got a Time Magazine cover, but most people are going to know him through the filter of the label Crying Chuck Schumer and the commentary from POTUS. I actually found myself confused about who the Democratic Party Leader is and had to Google it – we have Schumer, as the Senate Minority Leader; Nancy Pelosi as the House Minority Leader; and Tom Perez as Chair of the Democratic National Committee. It’s confusing – and apparently even for Nancy Pelosi, who when asked the question about who was leading the party even referred to Hilary and Obama. The most out there representative of the party at the moment is Bernie Sanders, and he is in no way considered to be a mainstream representative of the party values. There’s also been Elizabeth Warren getting some decent coverage, but on the whole it’s been pretty weak.

Some papers are running with tag lines pushing their honesty, playing with the whole fake versus real idea, and talking about the importance of supporting good journalism, and the role of the fourth estate in a democracy. Fox News, endorsed by the President, doesn’t have to worry about this so much (it has its own internal scandals to worry about though). Anyhow, both of these groups are speaking to their own echo chambers; it is just the difference of being on the good side of the White House staff and the bad side – and this generally means you agree or disagree, and on the whole it has been a straight division along party lines, with a few dissenters.

Career politicians and career journalists have been hit pretty hard by the upending of the old rules, and the only ones really flourishing are the ones that are doing the upending, running on a philosophy of keep them on the ropes. When you redefine the roles you are in, and the attendant rules, and you keep changing them to suit yourself, and the other party, who is supposed to be working against you to get their agenda pushed through, are left reeling, you have more than the upper hand, you pretty much own the playing field.

It is interesting to observe the same story being covered by two media outlets with opposing viewpoints, and to see the respective parties mirroring that. Facts seem to be fair game, as opinion becomes the main driving force in shaping people’s beliefs. You can lie, and if it’s a lie that serves your side and they want that lie to be true, everything is good. How many people really check the veracity of something before they hit the share button? And if they get caught out sharing a false story, how many of them will counter with the argument that if the target of the story weren’t such a problematic figure then the lie wouldn’t be believable?

It would be a sad thing to think that truth might be sacrificed in order to create a disruptive effect, but if there is anyone out there who hasn’t experienced at least one moment where they feel like they are on quicksand when it comes to wading through the conflicting reports on what is happening in the world of politics, then they are pretty disengaged. In a world where Infowars gets White House press credentials you have to worry, and maybe that is the point – traditional media is being given a message when something like this happens.

So, what’s the lesson to be learned from all this? In a world where doing the usual tried and tested thing is going to leave you eating the dust of those who don’t care to observe the rules, you have to change up your game. The game is Follow the Leader, it seems, and that could seemingly lead anywhere.