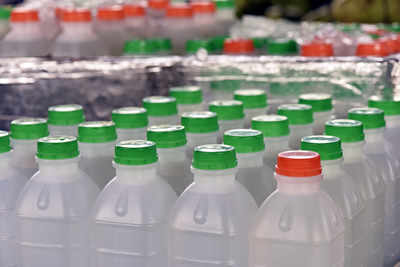 You like a company’s products and you want to buy them – sometimes you want to buy them so much that the moral condition of the company doesn’t even bother you. You can excuse one mistake, a couple of errors, some faux pas; but when it seems like a company just doesn’t really care about people and is all about profit, supporting them with your money starts to get problematic.

A lot of people like to be as ethical as they can in their shopping – even if they aren’t on a massive budget they like to do their part and buy from reputable companies. Being ethical is great for your PR and it is something you can definitely capitalize on with your advertising strategies.

Nestle are not a company that is unfamiliar with controversy and bad PR – there was the baby formula boycott in 1977, the Ethiopian debt fiasco in 2002, a child labor issue in 2005, melamine in milk in 2008, and false advertising claims in 2008. The latest issue is Peter Brabeck weighing in on the subject of water and suggesting it isn’t a human right, then back-tracking on that, and claiming to be an advocate for water quality and equality worldwide. It’s old news, from a documentary made in 2005, but it keeps boomeranging back into public view and this time has been trending in social media in a more explosive form than before.

Of course no one is going to have a hundred percent perfect image management, and if you do things that are unethical, there is only so much PR spin you can put on it, but you can lessen the damage by not saying things that are ill-thought out, because then you have to work so much harder to project the image you want to put out there.

Water supply and quality is being postulated as the next resource battlefield after oil, but of course that could all just be scare-mongering to create an illusion of scarcity so prices can be pushed up and the resource can be further commodified. People don’t mind paying public utility bills if it means that they get clean water, but having water rights owned by a private company? Having water tables drained because of a legal loophole that grants the rights of individuals to a company? Being denied water as human right? These are understandably contentious issues, and if a company like Nestle is going to navigate the minefield it already is, and the more problematic issue it is going to become, then they are going to have to be a bit more careful with what they say. Sometimes PR isn’t so much about saying the right thing as not saying the wrong thing.