Star Wars Battlefront 2: Free To Play Mechanics Are A Spanner In The Works 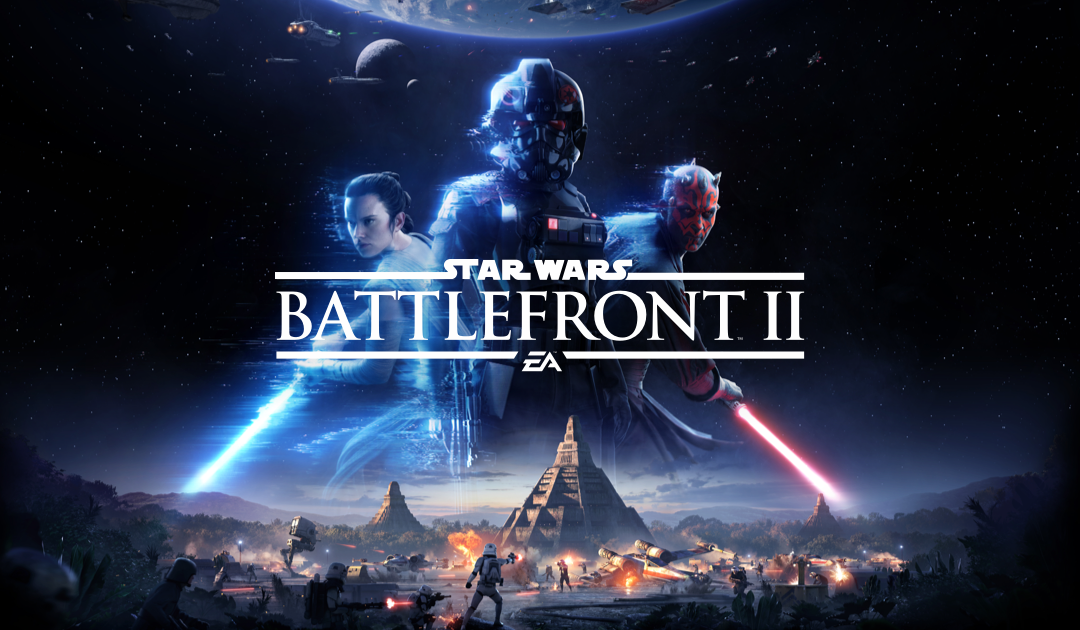 I have to work hard to earn the credits to unlock the main characters.

The credits needed to get the right loot are too much.

Micro-transactions are a pain.

The litany of complaints being leveled at Star Wars Battlefront II seem to be getting more consideration than they should, because Disney and Lucasfilm don’t want any stink around the franchise in the run up to the new movie being released on December 15th, but are they legitimate complaints? Asking for games to be made easier and the ceiling to be lowered to make receiving rewards easier to me seems like a very strange flow. Sure, like anyone that has ever played games, I have complained that a game is difficult, but then when you finally beat the thing it means so much more.

When I used to play Tekken (yes, I know people will be carbon dating me from this) you had to defeat a whole bunch of characters on a certain difficulty setting before you unlocked special characters. Other games that involved quests were very slow burn and involved a lot of walking around from room to room to collect things, add them to each other, and then go back to where you could use them on the bad guy.

I play less now because these things were consuming too much time in my life, but these games, because they were hard, took some time, and I considered that I got my money’s worth. I had friends that bought gaming mags that gave you maps to all the levels, and cheat codes to give you unlimited lives or weapons, or whatever, but that removal of the risk of being destroyed killed some of the thrill of getting through the game for me.

No one seems to be playing games in that way anymore, or for that same sense of accomplishment. Cheat codes and maps, and any of the other billion ways to game the system destroy the immersive quality for me of the game. I appreciate the effort went into building the game mechanics, and the slowly unfolding narrative that you can piece together. This short cutting way of game playing to me is not far removed from reading the Cliff Notes and saying you read the book, or watching the review of a movie and deciding not to watch it. What exactly is the point? What do you get from it.

The strange thing is that when a company like Disney, or EA capitulates to this kind of bullying they don’t do themselves any favors, and they also don’t do any for the person bullying. If fans were allowed to edit every movie to be the way that they wanted, and removed all the things they didn’t like, it is likely that you would end up with a frictionless mess of a narrative with people having lots of sex and punching things. Not all fan fiction is bad, but a fair chunk of it might be labelled as derivative. When I think about consensus and how it might drive the direction of a film or a product, I think about The Hamster Factor a documentary about Terry Gilliam making Twelve Monkeys. In said documentary, after a test screening, one of the things that comes out of the feedback is that the audience was confused by the time travel aspect of the movie and thought it should be scrapped – this in a movie where the central feature of the narrative is time travel, but where the time travelers turn up in a skeptical world that treats them like mental patients, and some of them come to doubt the veracity of their own stories. You see Gilliam slap his forehead in exasperation – kind of like, how do you satisfy dumb, when you are trying to make a movie meant to make you think? I read a book because I want to see a writer’s vision realized; same with an auteur’s film. Do they sometimes make choices that I disagree with? Surely, but they also drive stories in a different direction than I might choose as well, and this is a welcome source of surprise.

When I have complained about Pokemon Go, generally, it has been the ease of the game, or the plateau it reaches after a certain build has become familiar – I want to be challenged by the thing I am playing. If there is no effort there is no reward.

A similar attitude has been adopted with comic books and all other kinds of media – where the creator diverges from the expected path that the audience wants anything ranging from boycotts to death threats may result. Captain America turning out to be an agent of Hydra provoked such a response, and it is frankly ridiculous. I understand that people get invested in these things, and that they want great things to happen in the story, but great things doesn’t necessarily mean things you expected. If you knew or dictated the passage of every story you read, what fun would that be?

I think companies should really look at whether what they are doing really is unfair, and if they don’t think so, they should stick to their guns. When you have a juggernaut of franchise on your hands are few disgruntled naysayers really going to be such an issue? Also, it might behoove the media to stop reporting on every little niggling complaint that is raised by people, hoping that it is going to go viral or turn into something huge when it really is a molehill and not a mountain. If you want to play a game and it is difficult, just accept the idea that when you beat it you are going to have really achieved something.

School may have got people used to the idea of no kid left behind, but sometimes, when there are no barriers to fight against in order to attain something, the end goal becomes devalued. Everyone can get it, so why is it special. If everyone graduates regardless of grades, what use grades?

They call them Free To Play Mechanics, and these may be great as a loss leader, but they are hardly a sustainable business model. And if a company lacks a sustainable business model they aren’t going to be around very long, and their ability to produce games is going to dwindle pretty fast. An Open Source infrastructure still needs to lead to profit for someone. If enough people push the world to where no one pays for anything then how will anything get produced? In a barter society it isn’t like free to play mechanics are going to be any use. Star Wars is engaged on a battlefront it maybe didn’t expect – creating an environment in which players of a game pay for what they get, and maybe learn to earn what they need, is not easy, but it is becoming increasingly necessary.