No One Does That Anymore – Marketing A Supposed Decline 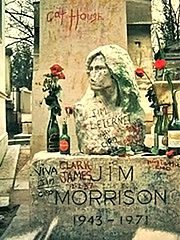 Cassandras have always been around, but it wasn’t always so easy for these Chicken Littles to tell everyone about the sky-falling. When they start crying wolf now there’s always two choruses that pipe up – the naysayers and those that agree. But they have an easy audience, and a comment thread can become a pretty lively place – if not a particularly logical or reasoned out place.

Rock and roll is dead. No one listens to jazz anymore. Virtual Reality is going to kill the internet, movies, and books, and traditional computer games. E-books will kill paper books. Ad infinitum.

MTV launched back in the day playing Buggles singing Video Killed The Radio Star. It’s a long running thing that in order to launch something new, you do it by launching yourself out of the ashes of the previous champion. These things don’t go away though – either the medium gets re-purposed, or it finds a way to integrate the new media into what it does.

The current iteration of radio may use a different delivery system but it is still there. Paper books became something different – bought by people for a different reason. TV managed to survive by changing how it is viewed, how it is delivered, and how it’s funded. Artists, using crowdsourcing, print on demand, all these different funding and distribution methods, are surviving in what gets pitched as an unsurvivable cultural wasteland. It is rarely as bleak as some people would lead you to believe.

Anyone who says we aren’t living in the halcyon days of yesteryear is likely not doing great in the present day. And why? Because they are rear facing – talking about the past rather than trying to create something new. It is true that the landscape is a more fractured place, and that burst culture blips on the radar and is gone before you can even nail down the characteristics of a movement. There is an element of early adopting, picking up the thread of whatever social media outlet your come across, and just flinging as much crap at the wall as possible and hoping that something sticks

Having lived through periods of boom and bust with the economy, and different music and literary movements, I haven’t yet seen a perfect system in place, and I have survived each of them – some of them have been considered pretty suppressive as well. Find an honest politician and you have identified a rare beast – the system works to disabuse them of the notion that they can change anything; it’s like the process of longshore drift where all the sharp edges are worn off, and then they fit in that round hole. Then the politicians go out there and they make waves, and it has big repercussions for those out there in the world.

Doom scenarios aren’t particularly useful for forging a way forward though. The President has been an interestingly insistent voice in proclaiming a number of publications to be failing, in insisting that a whole industry is in trouble, and there may be some truth in it … traditional print media has taken pretty significant hits since the advent of the internet and the rise of citizen journalism.

Disruption is forcing a change, forcing an evolution. Sometimes with these things you find yourself swimming with the current, and sometimes you are swimming against it. Not that I agree with the way a lot of things the current administration is doing, but the fact that they are shaking those in the media out of their complacency means that some of those people who might not have ever evolved are being forced to do so.

There is proof that things survive the upheaval – the aforementioned transformation of radio, and then there is the single – it started as a 7″ vinyl, became a Cd Single, and then downloads looked set to kill that, but then through downloads the single song became the way to escape buying an album of songs you might not like. Trying to stand still, or tread water, literally gets you nowhere.

Political change is sometimes harder to stomach because of the ramifications some of those changes have, but even they, sometimes, are a necessary part of an evolution. The problem is no one wants to burn down the house they are living while they look for a new one.