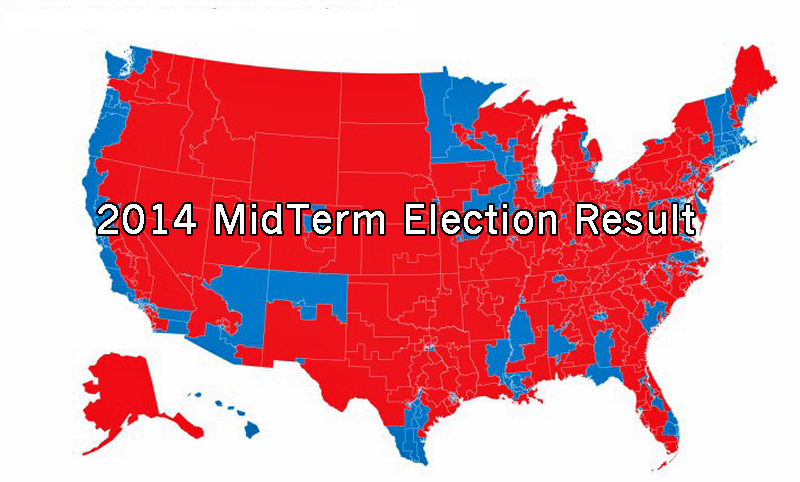 I am unhappy, and the entire nation should be unhappy.

The midterm elections are over, and the political advertising that has been so negative, false and disgusting is going to cease until January, 2015, when American politicians start ramping up for the 2016 Presidential Election.  This gives us two months to really consider.  What the hell just happened?

If we look at it from a purely advertising perspective, the republican party would have us believe that now that they have a majority in both the House and Senate, there will be no gridlock and policies will be passed like a river roaring through a mountain pass.  What they are not telling you is that Democrats will still hold enough seats in the Senate to block any major law that they do not want brought into being, which is likely to be any that the Republican party will push.

Take into consideration that the Republican party has already made it known that they are going to start the next governmental session with bills that are likely not to pass because of their incendiary nature, like the repeal of the Affordable Care Act, which is hugely popular in states like Kentucky, this can be taken as a fairly accurate prophecy of future tension and gridlock that will sweep our government and prevent any meaningful laws from being brought into being.

If you paid any attention to the political ads running this season you will have noticed that there are the same organizations buying ad spots like: Americans for Prosperity, Crossroads GPS, Senate Majority Pac, Priorities USA, etc…  Those are all super PAC’s (political action committees) whose sole purpose is to provide an outlet for billionaires to influence the election process through anonymous donations, although people like Karl Rove and Charles and David Koch are two of the biggest donors and are responsible for the most expensive midterm election in the history of the United States.

This is what I am going to highlight and while people like Senator Reid have been pushing for over a year.  This amount of money being spent of elections is insane.  There should be extensive campaign spending limits and there should be a distinct lack of corporate funding for political candidates.  It is this flood of corporate money that has made politics even more inflammatory and partisan than ever before.

It should be made criminal to accept private and corporate donations, even from third party sources.  If we make this view public and explain why we believe that corporate interests should not have a prominent voice in government, then it will follow that lobbyists too should be put out of business, because the corporate desires seldom track with the public person’s desires for a stable government that produces policies that help govern a nation made of private individuals and was not meant to bow before then pressures of corporate interests over the needs of the constituents who are responsible for casting ballots electing the different senators and representatives to office to begin with.  I am outraged by the current state of political affairs, and you should be too.