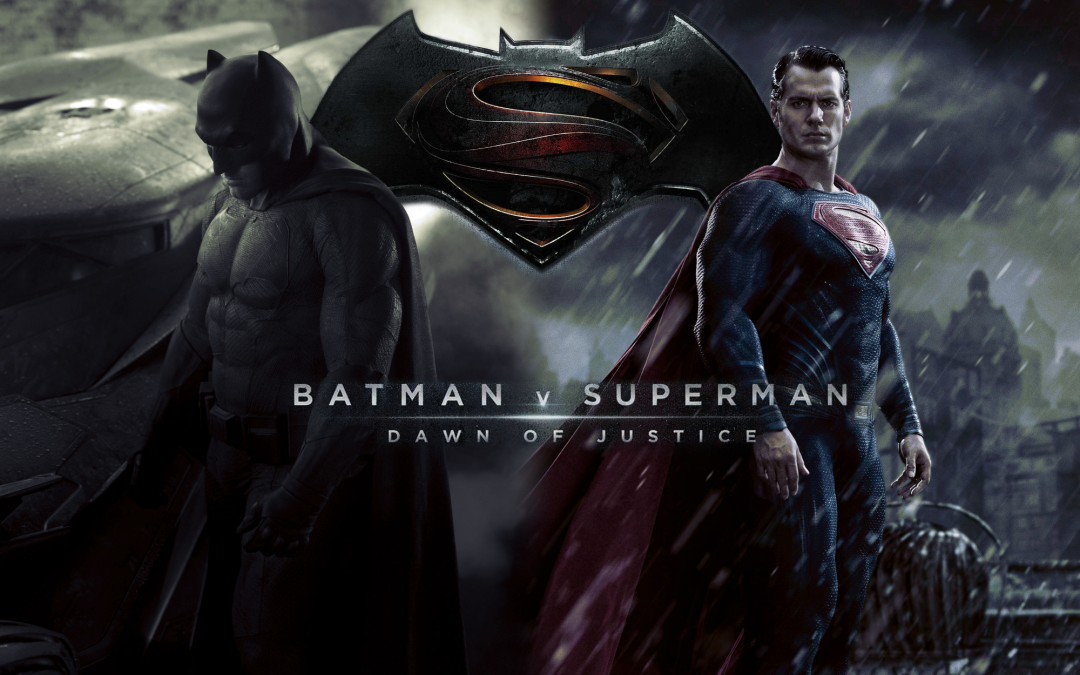 Batman movies have generally been a little hit and miss. The TV animated show always seemed to hit the right note, but there are so many elements to juggle in a proposition like Batman that even faithfully adapting the rich source material is no guarantee of success. Despite people questioning casting decisions made, this one is looking promising though.

I find it kind of interesting that Jesse Eiseneberg’s turn as Lex Luthor, and the advertising around him has gone viral in a way you might expect something by Zuckerberg to do. Eisenberg is definitely trotting out a version of the character more akin to his turn in The Social Network than anything that has been previously seen of Luthor in the comics or movies. He comes off like a latter-day Woody Allen and may provide a little levity in a movie that pitches Ben Affleck’s seriously grumpy and gravelly Batman against Henry Cavill’s solid and silent type Superman.

Can Lex Luthor Help This Movie Takeover The World?

It’s always going to be one of those crapshoots where you can’t please everyone, especially every aging fanboy with their own pet theory about what needs to be in a movie with Batman and Superman, and especially when they are squaring off against each other.

There is always a deluge of advertising for the latest blockbuster film release, and nowhere is this more true than with comic book movies. Marvel and DC Comics already have a huge machinery in place with multiple tie-in titles spinning off from the main brands in their comic publishing arms, so you have countless X-Men lines, countless Avengers lines, and countless Batman lines, so when a movie comes out they already have that audience pinned down and locked in for the experience.
They replicated the model with the movies themselves by creating a shared universe, where you develop Thor, Iron Man, and Ant Man, and even Agents Of Shield, individually, and then you roll all that momentum back into the Avengers movies. each one being used to advertise the next. DC have been a little bit more on the back foot about this, but Batman V Superman: Dawn Of Justice is DC’s battle-cry. Wonder Woman is in there, and there are rumors of other DC characters guesting, and this is supposed to be the platform to launch a Justice League series of films. Suicide Squad has Affleck’s Batman in it. It’s starting. The Flash and The Arrow have been highly successful, so at least on the comic book front, Marvel may have to watch out for someone finally able to take their crown.

Anyway, the deluge … how to sidestep it? You have to do something innovative, something attention grabbing; something that defies normal expectations. And this is what Superman V Batman is trying to do with its viral marketing of Lex Luthor. Something that may speak beyond the catchment of the comic fan community.

They have broken through the fourth wall, and Lex is being interviewed by Wired as if he is a real guy, and as if Lexcorp is having real world impact. The Lexcorp website has something of Apple about it, and it is the kind of detailing that people are ready to buy into. This verisimilitude has its precursors in the asides that Shakespeare’s characters would deliver straight to the audience (stepping out of the flow of the narrative for a while to talk direct); and there is a little bit of the DVD Extra / Easter Egg to it, but it definitely represents an intention to engage with the audience in a way that is a little different, which is welcome.

To do something like this, with this particular film – Lex makes more sense than Bruce Wayne or Clark Kent – he talks a mile a minute in the film, and could quite happily do one of those rapid fire soliloquies to the camera for the folks at home without breaking stride or damaging the narrative of the film, so having him push into the real world, to take it over is almost natural. It’s done similar things for the franchise that Emo Kilo Ren’s twitterfeed did for Star Wars … it allows an entry point of familiarity into what might be considered a somewhat impenetrable mythos.

You can imagine being someone in the Big Bang Theory or someone from Degrassi, but how many people have a real touchstone with Bruce Wayne or Clark Kent?

Lex is a self made man, and in this latest spin does call to mind some of the wunderkinds of the social networking crowd, or the moguls of the electronics industry.

I am a fanboy, so I would have seen this even if they had nipples on the batsuit (Google it if you’re game), but unless it is a cool still from the film, or a really well put together trailer, I try to avoid some of the spoiler-drenched copy before a film comes out; Lex and his interview, if anything, are likely to get around my perimeter defenses, because the creators are truly offering something they have put some care and attention into.