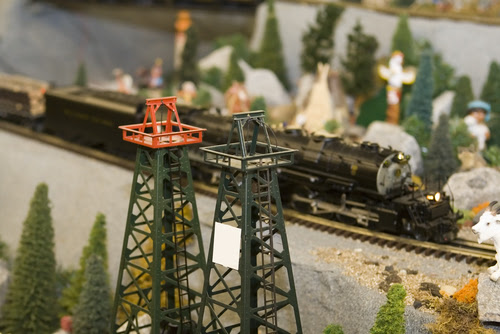 At seemingly random times of the day and night, short but very loud freight trains move through the city center and neighborhoods. Business owner Keanan Kintzel has to stop talking on the phone when the train blares its horn.

“It’s going really slow and everybody honk honk honk, it’s like, are you that dumb to not get out of the way of frickin’ freight train?” said Kintzel.

Next door, it’s the same story.

“The horn is the deal and when it’s just clickety clacking across the tracks, its rumbling and it’s loud and everything, but it’s the constant blaring of the horn that is the biggest problem.”

Train horns should soon go silent in downtown Tampa, thanks to a new quiet zone. The noisy train horns disturb condo dwellers and Clearwater city workers, including the guy working to establish the Quiet Zone.

“I’ll be glad to get this off my plate,” said Traffic Operations Manager Paul Bartels. “I’ve been on the telephone when the guy comes through and I can’t get off the telephone easily because of the nature of the call, and so you just have to bear with it.”

The new Quiet Zone will have exceptions.

“The engineer can only blow the horn in a dire emergency like somebody runs out in front of the train or something,” said Bartels.

Look for new signs at intersections, warning of the new Quiet Zone. There are a few hurdles to jump to get it in place. But if all goes according to plan, people won’t have to deal with blaring train horns anymore as soon as sometime this fall.

The cost is $374,000, paid up front to CSX railroad. The city plans to apply for reimbursement from the Florida Department of Transportation.

Keanan Kintzel runs Buzzazz Business Solutions from an office right next to the train tracks on Cleveland Street in Clearwater. Anyone who works in Downtown Clearwater knows what it is like to try and work through the noise caused by the passing of a train.

With a fully functional, and pretty obvious crossing that has bells and and barriers on it, the train horn, blasted repeatedly, seems more than a little superfluous. It is hard to fathom how someone might find themselves stuck on the track with all the warning afforded them. To still be on the tracks when the train passes through seems to indicate something of a death-wish, or a level of obliviousness that is surely not a common problem.

When the train comes through, if you are on the phone, you have to apologize and explain what the noise is. It might seem comical but it can sometimes be frustrating. The story here was reported last year, and the quiet zone is still a thing that is talked of, but has not arrived. One day perhaps the trains will be silenced, and the only ones who hear it, will be those oblivious few who miss all the other warnings and find themselves on the tracks as the train barrels down on them. Everyone else will use their common sense, and observe the Crossings.