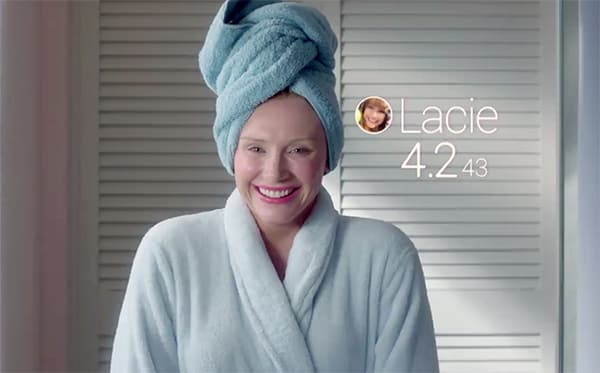 China Wants To Rate How Good It’s Citizens Are

When it comes to dystopian futures I love a lot of them (the depiction I mean, not the notion of living in one), but I tend to think that Terry Gilliam’s Brazil, where incompetence, and not some vast shadowy organisation with an agenda causes the problem that sends the world spiraling into an extinction event, or a comedy of errors (not as far removed from one another as you might hope). Even the creation of said dystopia is more often the result of a lack of thought than anything intentional – sure, there are people who come in like opportunistic infections and take advantage of the mistake, but those who are notionally in the driving seat really have no clue. So, in truth it would be a kind of hybrid of the two things – incompetence on one hand mixed with opportunism and evil intent on the other.

China wants to rate its citizens in terms of how good they are as a citizen. So – a society built very strongly on social standing and respect is reinforcing that with technology. Nothing could go wrong there then, right? If the levels of suppression witnessed in such cases as Ai Weiwei are any kind of example, and the treatment of other intellectuals any kind of indicator, then the notion of having some huge government run social experiment becomes more than a little alarming.

I have social media accounts, and they can often become a time-sucking rabbit hole. The rabbit hole can become a source of depressing data, and due to the occasional communication, stripped off the nuance of face-to-face interaction, I have seen it can become ugly pretty quickly. People trolling threads and blocking people left right and center. Imagine if the ramifications of those interactions leapt from the virtual world into real life, and there was still such a high percentage of straight up misunderstanding in the bulk of communications. Black Mirror nailed some of these concepts nicely – even that fuzzy around the edges area where bureaucracy and stupidity perpetuate the problem more than a conspiracy.

We have a social media President – can you imagine if the name calling and the rants extended to being able to give you a rating on what kind of a citizen you were? Given that certain people in our current climate are given far more weight in terms of the effects their opinions can have, wouldn’t that be the kind of thing that could effectively take you out of the game?

There are already ecosystems sprung up around existing social media – real world counterparts of the societies and clubs on the various platforms; there are bots that swim in shoals around trending activities, there are marketing companies targeting ads at certain groups – like IRL, the iterations are numerous and multifaceted. Start to increase the flow of data through these networks and societal accretions and you start to build something more and more reliant on the underpinning of social standing, and wouldn’t social standing become more fluid if you started to factor in health, credit, and other things not yet in the public sphere, but perhaps not separated by much in terms of walled off databases unlocked by social media keys?

How many different things do you sign into just by using Facebook to log in, or your Gravatar? How much of the data that is daily generated about you is synced on your phone? Try getting a passport from overseas if you are a UK Subject, and the Government is using Credit Agencies, both Non Governmental Organisations, to really identify you. How long before they start hooking up Facebook for this functionality? There is a move to decentralize government and hand off responsibility to the private sector for more and more activities, so the idea that one of the social media giants might pick up management of your online identity, and therefore possibly, by eventual extension, your legal identity, isn’t that far-fetched.

Apple wants your digitally mapped face to unlock its phones. Facebook has highly developed facial recognition software. Information control and digital privacy are increasingly hot button issues. Apple went toe-to-toe with the FBI about creating a back door into the Apple I-phone. The UK Government is on the warpath against end to end encryption. Immigrants into the US are being asked to hand over their passports. Data control is a political problem.

Data Control Is A Political Problem

Zuckerberg apparently has political ambitions. Bill Gates may not be on the big stage dealing with politics with a big P,  but he is shaping education reform, vaccines, and all manner of projects that The Gates Foundation has interests in, which all have a political element. Look at the leaders of the tech industry that met with Trump, and who have been both embraced and turned on, when they, because of the things their technology offers, find themselves playing in the political sphere as much as the technological.

China isn’t necessarily a country that is looked to by the west to lead the way in social reform, but if, as a government you wanted to put in a similar program it might not be the worst model. It’s a low friction way to farm all that data, because you are engaging the willingness of people – and look how much data they are willing to hand over to social media every day. If you turn the whole thing into a competition, where people are constantly looking at others and their behavior and reporting on it, who needs all that covert machinery hidden in the background? The world doesn’t go out with a bang but a whimper, and maybe the soft digital click of a button.

Having a good social media presence in the future might be not just key to being popular on social media, but integral to living. Imagine you log into your insurance company, signing that EULA without reading it, and then you use the same account to sign into your doctor’s office for a Skype conversation, and you’ve allowed the apps to talk to each other, and it flags up that you have an undisclosed condition – and your insurance cost bumps up. You miss a payment, and that triggers a change in your credit score, and that dominoes along to the housing association who insist on monthly credit checks, and suddenly their ident pad on the outside of the gated community won’t let you in. Eviction follows hot on the heels of this, and the next place you try to move into searches you to see what your standing is in regards to house rental, and you have a bad review. You have to out down a larger deposit. You get annoyed and decide to have a flame war with your old landlord, and hey presto your social rating drops again. Your employer, a marketing and PR firm, needs people with a great social status ranking, so they put you on warning. You get drunk and you’re rude to the ride-sharing guy, he gives you such a bad rating you can’t use the service anymore. So next time you get a little drunk and decide it’s not far to go home, and you get a DUI and the dash-cam footage goes viral. Your job is no longer there. You are going down the plughole.

See? Dystopia, or comedy of errors? A technology sponsored slide into the abyss. There isn’t really any intention in any of the design of these systems to cause problems, but the concatenation of errors pulls apart a person’s life. I like technology, but sometimes I wonder about the wisdom of all that data being in the private sector’s hands, and then I wonder about the wisdom of it being in a government’s hands too. IBM and the data it put in the hands of the Nazis in WW2 facilitated the Final Solution. Let’s watch China and try to avoid that same trap. Social media is not a substitute for real life interaction, and any kind of social ranking is no replacement for observing how someone carries themselves and behaves.

Also, how reliable is the set of data that you are going to be looking at? How many people will upvote the associates they have in their bubble? How will confirmation bias play into it all? What kind of complex compensatory algorithm would you need to use to smooth out and account for the bumps in the road that any cliques would create? It is not a simple thing to handle; simpler instead to deal with people as people.