Google’s Duplex Is On The Line 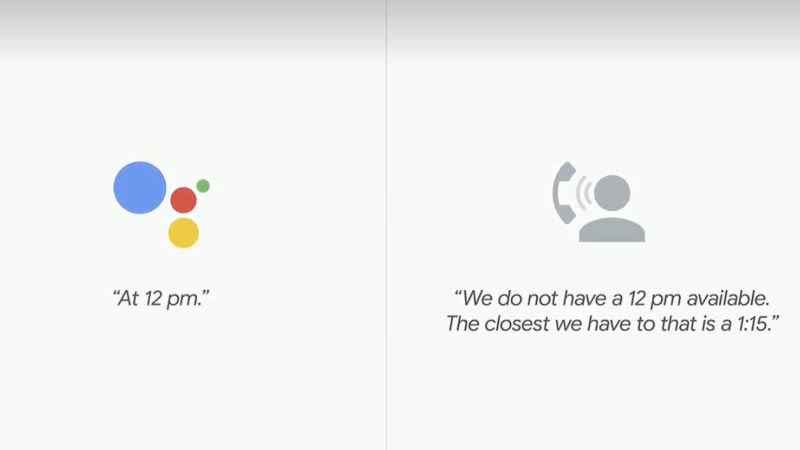 Is It AI? Do We Have A Problem, Dave?

AI seems to me to be a misnomer for what we have right now. Some people working in the field of machine intelligence don’t like it because of the species derived chauvinism that it indicates. But if you look at the systems which are being touted as the advanced guard of the robot takeover, they are generally just very complex input output mechanisms. They aren’t having original thoughts – or if they are we aren’t using instruments or criteria that is calibrated to be able to detect it.

We expect the thing we help create to be an echo of us, and even something as complex as The Turing Test is based on what may be a totally fallacious notion. We are more likely building an alien, and if consciousness is achieved we are expecting, because we haven’t built the hardware or the software as black boxes, that we are somehow going to be able to divine where that spark of intelligence rests. It is a repeating pattern, because we have been trying to boil down the human condition in a similar way for the longest time with no definitive answers emerging from the physical sciences.

It is true that even with robots more basic than Duplex, people are getting drawn further into the uncanny valley before they stumble, and the ruse that they are speaking to a person unravels. But if the machines were truly thinking, and not just working off of a set of responses that need to be triggered by certain communications from the person being spoken to, then this would never happen. This is not to say that we aren’t at a very interesting place, and that the results are pretty impressive, but at what point does an apparent display of intelligence actually cross over and become true intelligence?

What Is The Real Metric For Consciousness?

I don’t think it is wrong that people are impressed, but is this what it is being sold as? Not yet. If science fiction is actually a social fiction, as some posit, and is really just a mirror held up to what is happening in the world currently then where is the resurgence in robots taking over pointing to? Loss of jobs and paranoia about people from outside making people redundant? Or is there a real chance that this is a harbinger of what is to come? If you flip burgers or pick and pack for distribution companies, or if you work at a checkout then your days are probably numbered. If you do something that requires thinking outside of a simple regimented flow of questions you may be safe for a while.

I suppose if you can’t tell the difference, then to all intents and purposes, it doesn’t matter what the reality is. So at that point the machines functionality is at least not an issue. Then do you have to start asking questions about whether it is ethical to replace a human with a robot? Shifting markets, and market forces might claim that all is fair in love and trade. The dollar will drive it, and people will have to adapt to whatever new environment is created.

At a certain level you may have robots fencing across phone networks trying to navigate the territory of cold calls. Who knows how far we truly are before robots are sat in the board room. Part of me thinks its cool, part of me worries that if it ever truly does become an emergent life-form then the people who built it, or paid for it to be built won’t know how to treat it, and it will get mishandled until it becomes a problem. Perhaps our fictions can short circuit that. Perhaps all the stories have to reach a certain point before the technology will catch up. Westworld first and then Duplex truly becomes conscious. If we can think our way around the ramifications of what it means to create sentience from scratch, and how the ownership of the technology that made it possible shifts when the product becomes conscious and in effect owns itself, then we may be in the necessary place to create something that truly thinks for itself.