From Arya Stark To Daisie – A Collaborative App For Artists 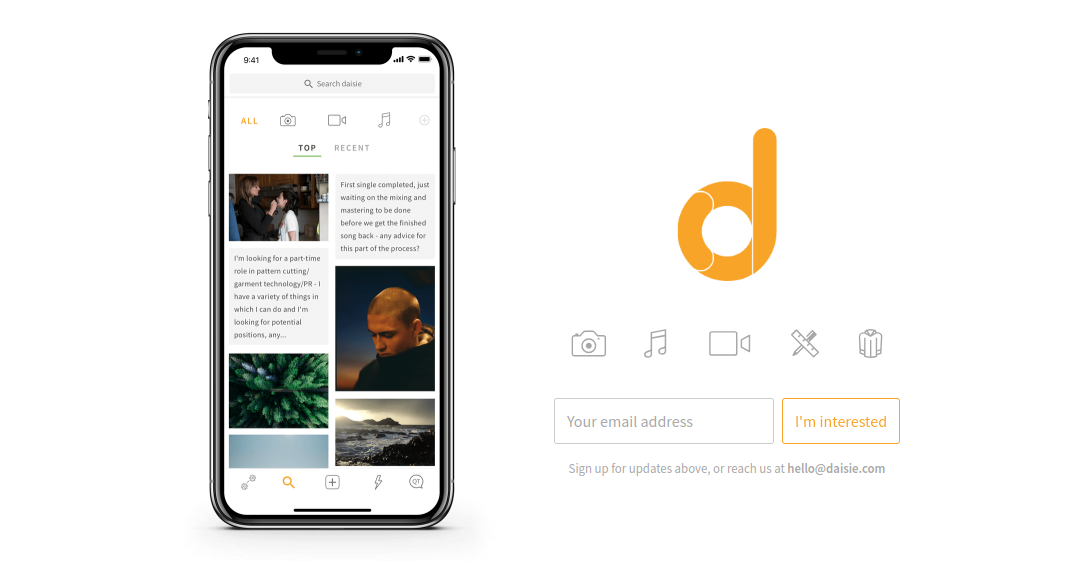 Collaboration Over Competition Is Daisie’s Philosophy

It is always a great thing when someone takes their own success and parlays it into helping others. Who better than another artist to understand what  it takes to go from obscurity to fame, and who better to understand the difficulty in sometimes finding people to work with you on your project? You see from the jobs you get and the way projects assemble themselves that there is a real benefit in networking and collaborating, so finding a good way to do that in the virtual sphere – it makes sense – is going to be beneficial to your development as an artist, and to the scope and variety of your career.

Maisie Williams has become well known to a lot of people in one of HBO’s most successful series Game Of Thrones. Arya Stark was a smart cookie, who may have been more cunning and adept at playing the game than a lot of her older adversaries. Obviously the game hasn’t played out yet, and Arya Stark is more about creating division than bringing people together, but you can imagine some of the same intensity that goes into the acting turning up in this project as well.

Anything That Encourages Creativity Should Be Supported

Maisie Williams, together with her business partner Dom Santry, is launching Daisie on August 1st, and the basic idea is that people connect like in daisychains. You may have a project that you are working on where one aspect is something you are really good at, but you see a skill that someone else can bring to the table that would really enhance your creation, so you connect with them. There is no metric for followers, to remove the element of competition from the whole flow of the app. The idea is to allow the artists to have a great way to generate a portfolio of creative work that could lead to paying work, and to empower the artist, so that they can become comfortable creating work on their own terms.

It’s a great idea, and hopefully it will really engender an online artistic community that creates some great work. Working in a group of like-minded people can be very beneficial to an artist, and having an atmosphere that is conducive to creating art can only be a good thing.