China Built A Social Media Control Mechanism For Its People 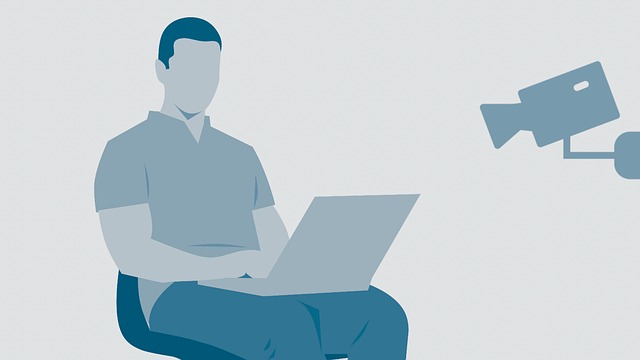 When You Track Yourself For Others, Who’s In Control Of The Data?

Use what you have. Want to control the people? Connect them all up and then use them to monitor and regulate each other, reduce the burden on the state. This seems to be working in China. The dystopian social media of the kind depicted in Black Mirror is a reality for citizens in China. Surveillance is where people are monitoring you from outside, and sousveillance is where you basically track and upload your own data, and this new way of using social media that is being pioneered in China kind of straddles the two – using people’s own tendency to use social media in an exhaustive way to track themselves, to drive and make easy the job of those tasked with surveillance, and throw in a little bit of social programming and you are off to the races.

Thus far, as reported on Boing Boing, some of the punishments for a bad social rating range from spraying and shaming jaywalkers to blacklisting millions from flying or using high-speed rail, including journalists and other critics of the Chinese state. Is there an attraction to this system that might make it a seller in other countries? One has to hope not.

Our own social media has definitely proven to be effective at allowing us to engage in sousveillance, and thanks to some unethical behavior from Facebook and others, it has been used for surveillance too. Thankfully, thus far, as far as we know, no one is planning to replicate China’s Social Credit System. Think though about the remit of an organisation like the NSA, who have 950,000 people working for them who are supposedly targeting potential terror suspects, but who according to Edward Snowden are focused on monitoring their own citizens, add in moves to restrict their mission and limit the use of the tools they pioneered, and consider that a company like Facebook, and other companies, have proven signally ineffective at caring for our personal private data, and ask yourself why the NSA would need a warrant to snoop on your data anymore when it is already being leaked out there. A toothless confrontation with Zuckerberg by an ill-informed congress hardly inspires confidence that the situation is being taken seriously. Who benefits from data leakage and programmable social media? Or rather who beefitted?

Opt In Surveillance Is A Useful Asset For Someone

The GDPR seems like closing the stable door after the horse has bolted. The GDPR seems like an unenforceable piece of legislation that is designed to give the impression that something is being done to remedy the way in which people use information, when that information is already in the wild. If people opt in to sharing their data, or a site is GDPR compliant and still misuses what data it has access to, what then? It is not as if there aren’t already rules that people are supposed to abide by. Hopefully it isn’t like the situation we had with Volkswagen where they program their machines to behave while they are being watched, but when they aren’t being observed they go back to their same old bad habits.

Is the Social Credit system maybe even in some ways better, because it is overt, and admits what it is doing? The way people use their social media is always evolving, and security is becoming a front and center consideration for how one manages their online presence. Or it isn’t. Your phone knows where you have been, and you let it, because the tracking of your every move has been incentivised. You tagged every photo you uploaded and taught the facial recognition software how to identify you, so you provided a large enough set of sample data. You filled out all your information in those quizzes you did. You opened up your address book and sold your friends data for a picture of you with rabbit ears. China , so the story goes, gives its people no choice in the matter – so the fact that you’ve been given a choice, does that make you feel better? Probably not.

Most people feel locked into the use of some kind of social media, so maybe the attitude now is that you are unable to escape it, so you should work out how best to leverage it for yourself. Or totally dial back your online presence and prepare to have an experience in a world becoming increasingly interconnected in the digital sphere that is entirely different to those who are plugged in. However this all plays out, the landscape is definitely undergoing an upheaval at the moment, and the landmarks which are towering now may not be so prominent when the disruption settles down.