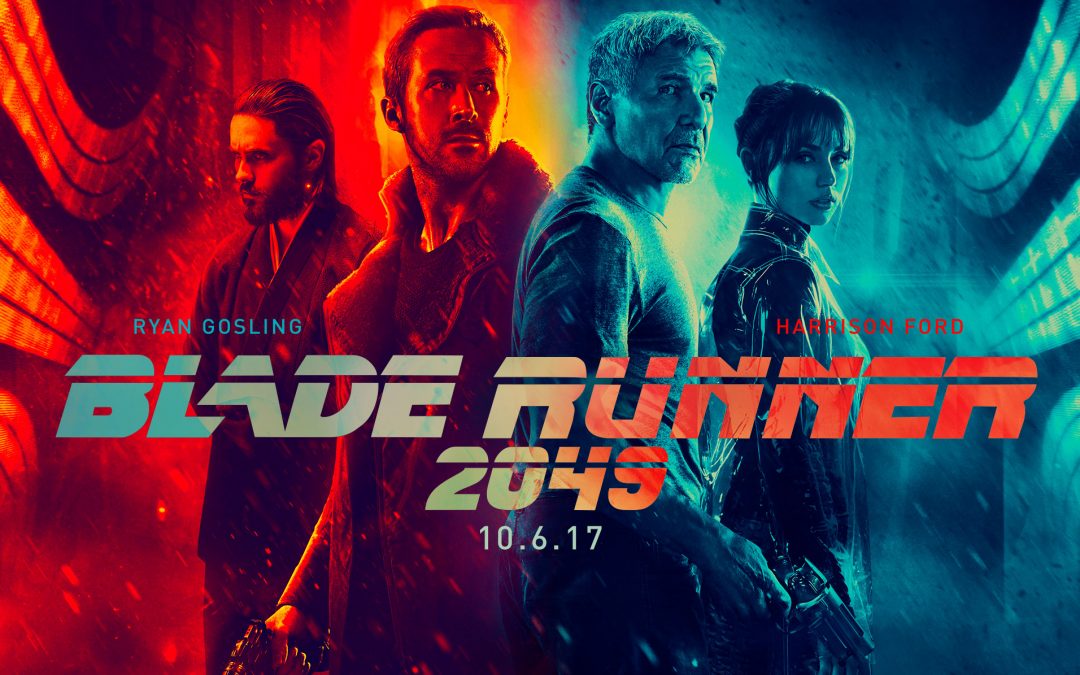 Bladerunner 2049 is great – an unexpectedly great sequel to a cult classic.

William Gibson isn’t particularly fond of being expected to predict the future. Warren Ellis often writes about how science fiction is more of a gauge of what is going on in the current day; that science fiction is a social fiction. Philip K. Dick, the author of Do Androids Dream Of Electric Sheep? the basis for the movie Bladerunner was a bit more free and easy with what might happen in the future, but then PKD did an awful lot of drugs.

I read an article about how the sequel to Bladerunner, Bladerunner 2049, chose not to have everyone running around with i-phones, and it is a choice, because certain other films choose to center their movies around some rather unsubtle product placement, such as the Nokia 8110 in The Matrix films. Some films this might not matter so much, but Ridley Scott, who made the first Bladerunner film, is a very detail-oriented director who built a very densely layered world that has inspired countless sci-fi movies since. So, the director Denis Villeneuve has decided to set it all in a parallel universe where certain iconic designs from our world have had no impact.

To me it’s a strange consideration, and an unnecessary one when it comes to a fictional future. We daily watch shows that are set in the present day where none of the recognisable products that we use are available; where no one watches the most popular shows that everyone else is watching. Why? It would start to get a little bit meta, and it would present something of a stumbling block to watching the film – a case where realism takes you out of the story, rather than providing the kind of immersive experience you are looking for.

Although, as stated, the depth of the world created was really important in the textural quality of the first film, and any sequel has a duty to honor that sensibility, it is as if by focusing on something as insignificant as the presence of present day tech, that we miss what the story is really about, and where the depth of the movie really derives from. There are plenty of things unique to the world of Harrison Ford’s Bladerunner  that could be heavily leaned on to do what roughed up versions of current tech might do.

I understand that Atari and other tech contemporary from the time the movie was made are considered to be part of the verisimilitude of Bladerunner, that made it’s used future film noir setting seem like it really could be an extended timeline branching out of our own reality. It kind of flies in the face of the spirit of Dick himself though, whose fiction, though replete with details, was happy to dash them off and keep running dragging them along in the wake of the narrative thrust.

A lot of Dick’s fiction comes out of the drug paranoia and social mores of the day in which he existed, in much the same way as H.G. Wells explores the dynamic of the homeland being invaded by outsiders, that was a big concern of his contemporaries. Gibson and Ellis have a thing for atemporality, and Ellis in particular, being Internet Jesus to a lot of people, writes in a way that reflects the deluge of information from the internet age and the way it is distributed. Gibson in latter fictions is drawing from a world of marketing, of moonshot companies, of oblique business svengalis. It is a slightly warped mirror, and more often than not the sci-fi aspects are window dressing, and it is the human story that resonates and is more important.

The way they are marketed actually reflects this, and though the special effects seem to take center stage, the human heart is the thing. Otherwise, why bother bringing Harrison Ford back? Why have that emotional touchstone? No one wants a vapid special effects movie, because there is no investment in it. Who cares, at the end of the day what timeline the story takes place in? It’s the meat of the story that we are looking for, and the technology isn’t where that lies. Think about Minority Report or The Adjustment Bureau, both Dick adaptations – you care about the characters and the relationship dynamics between Tom Cruise and the telepath, and between Matt Damon and Emily Blunt.

It is  funny that writers are always told to write about what they know about, as if they could ever write anything else. Throw in space ships, Replicants, Voight-Kampf Machines, and you do nothing to chip away at the fact that Dick was really exploring his own sense of a schismatic reality that spiraled out of drug use and paranoia. You look out the window and you write about what you see. You make films about what you see. You may be lucky and extrapolate something that suggests prescience, but it is really just a serendipitous fluke.