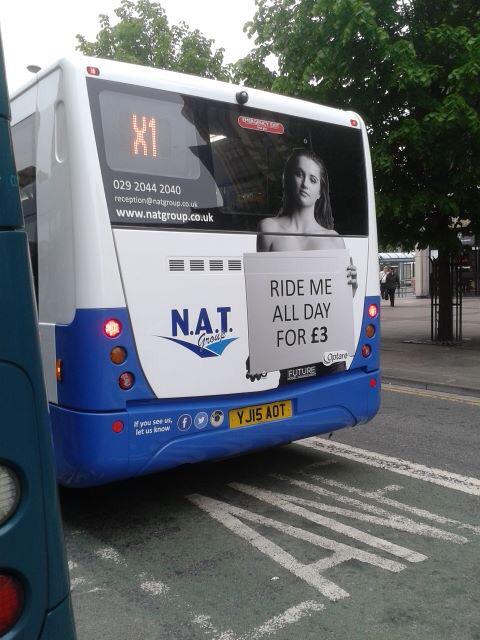 If there is a committee that decides what your advertising campaign should be, there should be some kind of checks and balances in place to make sure that you don’t make the kind of faux pas that makes you a laughing stock. Sure, some days you are going to have bad days – that is unavoidable, but there are some things which companies release into the public sphere that are so obviously bad ideas.

A great example of an advertising misfire is the latest campaign from New Adventure Travel Group in South Wales where they had pictures of young topless models holding signs that said “Ride me all day for £3” – it got slammed pretty quickly for being sexist and inappropriate, and that can’t really be the biggest surprise, can it? Something that might seem funny as an idea shared at a water-cooler or over a beer should probably be looked at in a new light when it comes to the viewpoint of the intended audience.

Whose Viewpoint Is Your Copy Written For?

Are they going to get the joke? Is there the possibility of causing offense? With something like public transport, which is used by families and people of all different age groups, having something that alludes to prostitution on the back of your buses was never going to garner much agreement. As an enticement for a younger audience, it also really doesn’t cut it – you have to wonder what the copywriter and designer were thinking, and then what the person who signed off on it thought. Was it really surveyed to see whether anyone had a good feeling about it?

You have to really have the viewpoints involved down cold – what is the company trying to communicate about itself? What is the customer looking for from the company? Does your ad and copy speak to both parties, or is it just something that stands the test of making you yourself laugh? If you don’t sort that out then the joke is going to end up being on you.