How Education in Schools has Evolved 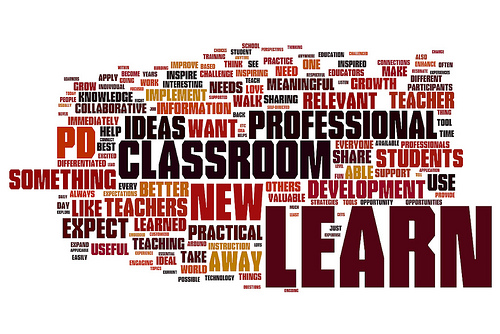 EDUCATION IN OUR SCHOOLS – WHAT’S HAPPENING TO OUR CHILDREN?

Schools – what happened to them?

Mary woke up late this morning. Only about 10 minutes or so. Mary’s mother reprimanded Mary, telling her that she needs to hurry or she will be late for school. Mary didn’t heed to her mother’s advice, but kept going at a measured pace.
Mary, dressed in her Bobby socks, uniform and backpack, came to the kitchen to have her breakfast: she ate her eggs, munched her toast, drank her juice, took her milk. Mary’s mother, shaking her head with arms folded discontentedly and a frown on her forehead, finally rushed Mary to the car and off to school they went!
Mary was late. Mary didn’t mind at first, strolling into her first class without much care in the world. She smiled at the teacher as she walked in and readied to take her seat. But something happened before she made it that far that made her world change, and her life would be different from now on.
What happened? In a center for schooling, of learning and education, in a place of supposed safety and humanity, what is it that happened, then, that could have changed her world to such an extent on that fateful morning?
Well, let’s pause for a moment or two to ponder this climatic moment and take a few things into consideration.
Of which year or decade is this story referenced? And where? And why does it all matter anyway? It’s just a story, right?
I guess it all depends. The aforementioned incomplete fable pertains to both the present and the past (as long as you don’t go earlier than the time where cars were normal). What happens next determines the year or decade.
But again, we shall put that on hold for now.

What is education? What is learning? These words can be considered synonymous, but they should be considered different for this article and example.
Learning could be defined as the gathering of data and not just studying the material but assimilating and understanding it.
Education, for our purposes, could be defined as ensuring those who are studying and out to learn something are assisted in and are in fact learning the subject studied.
If there are disagreements or arguments with “learning” and “education” as so defined, you’d best stop reading now and dismiss the balance of this article as fictitious babble and uneducated nonsense to be ignored and scoffed at. But if not, let’s continue.

Education versus learning, what’s happening to our children

Children are precious to their parent. The love is literally immeasurable and grows if not hourly, daily. Sometimes it seems to peak or maybe there are moments or large time frames of seemingly insurmountable anger, hate or rage amongst them. But there is still love; you can always go back and find it and more often than not, rekindle that which is lost.
In kind, there is protection extended to the children, from harm and adversity. And this, around the same age of every child, is extended to some of the most vital and valuable people in the world.
Our teachers in school.

These teachers, on a good day or bad, are expected to educate the children. These teachers, on a short day or long day, are expected to educate our children. These teachers, with little pay at times and long hours at others, are expected to teach and educate the children, the next generation of people who in turn are expected to run the world in their part.
And they are trying. Oh my are they trying. And like anyone else who has ever tried to help someone, feels miserable when not successful.
So, what’s wrong? What’s going wrong or has gone wrong?
Ask a lot of different people and you could get an equal number of answers. Ask someone what’s wrong with education today in our schools of learning, and they probably will tell you. Ask any teacher and they might tell you nothing is wrong; they might tell you everything is wrong; they could also have as many different opinions as the number of teachers asked.
But there are only two common denominators to this equation, no matter how many different surveys done, no matter how many cities, States, countries gone to, no matter how many people are asked, there are only two:
The teacher and the school. Sometimes a principal could be a teacher of the school if it is small enough; sometimes there are only teachers and no administrative staff but one or two additional people of the school that doesn’t have enough pupils attending. And sometimes there are three Principals (Principal, Vice Principal for Internal Affairs and VP for External Affairs) and 50 teachers and 25 administrative staff.
But the teacher and the school itself, just like the scenario of homeschooling your one child, are the only two common denominators that don’t change.
So, again I ask, what’s wrong? Why does the government feel they need to step in on public schools (for example, Common Core)?
I have my theories. I have my own opinions and ideas and everything else you can think of. But that won’t necessarily help, since everyone else can have their own, too, and could turn into a debate.
Let’s just go back to Mary at this point, and you can come to YOUR OWN conclusions, or stick to the ones you already have.
So where we last left Mary, she arrived late to class without a care in the world, and the teacher stopped teaching the class as Mary got ready to go take her seat.
The teacher, who has high esteem, care, love, integrity, knowledge of their subject and high value for their job, calls Mary to the teacher’s desk. Mary is scolded and told if she is late again she will be made to stay after school for detention. The teacher then asks Mary if she understands why that is being done, to which Mary, now slightly startled, responds with “because I should be on time?” And the teacher confirms and sends her to her seat.
Mary isn’t smiling now, but she knows she shouldn’t be late anymore. Later that day, she tells her mother about what happened.
What does mother do? Mother, understanding that school is there to help educate and allows students to learn so they are set up in life, nods to Mary solemnly and tells Mary, “I’m glad you will fix that from now on.” Mary smiles and gets back to her homework.
That might not seem too familiar because it sounds Utopian – kids just aren’t like that, so easily corrected. Or parents aren’t like that, even though they try. The stresses and tribulations of everyday life make it near impossible to react that calmly. But it can and did happen like that.

Don’t believe it? Ask people who are in their 60’s and 70’s what school was like and how their parents responded to the way their teachers dealt with issues.
In today’s schools, the teacher would be open to social media ridicule; scathing notes from the parents on not treating their child fairly; telling the teacher to not do the job of parenting; telling the principal to reprimand the teacher for “making the child feel bad”; or others. Or the other common solution, medicate the child.
Of course this can all be opened to debate, political conferences and discussions, opinions, and the like.
But no matter what you think, no matter how you feel about the subject, no matter if you have children or not or even if your children are home schooled, it’s got to make you think:
Have the changes and governmental intervention and medication and telling the teachers how they should do their jobs improved the educational system and results over the last 30 years? Or has the system gone down some (or a lot) from all those variables thrown in? 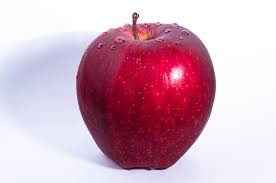 In my opinion, stop telling the teachers how to do their jobs, stop funding “other solutions” and start paying teachers more. I think it would be best if they all just shut up and let the TEACHERS get on with their jobs. And they don’t think a teacher is cutting it, fix the teacher or replace him or her.

My cousin is a teacher. I know she has some opinions on the matter. I hope you reading this do as well. It is your country and planet, and someday those taught in the schools will be the ones running the place.