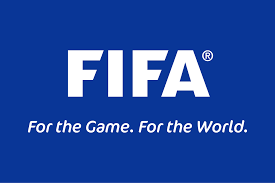 So the last 24 hours has been a huge news cycle for the Federation of International Football Associations.  Why?  Well, it finally appears that the maelstrom of chaos, turmoil, illegality, questionable ethics, bribery scandals and every other aspect of the Sepp Blatter tenure as CEO of FIFA is catching up to the organization in terms of negative PR.

We can really trace this back to 2002 when bribery scandals started emerging in relation to World Cup bidding for South Africa, but very little was done then.  The negative PR that surrounds Sepp Blatter and FIFA like a perpetual cloud of anxiety and hate really picked up steam in 2010 when the FIFA Exco (Federation of International Football Associations Executive Committee) started lobbying and voting for the 2018 and 2022 World Cups.  This is significant because this is one of the first times in Sepp Blatter’s reign where guilt and corruption have been firmly proven and punished by the organization.

Mohammad bin Hammam of Qatar, who facilitated their bid for the 2022 World Cup was found guilty of corruption, specifically relating to bribes and was hence expelled from FIFA, his Vice-Presidency, and is no longer allowed to work anywhere in conjunction with football.  Oh, throw in a hefty fine and you would have thought that would be a big deterrent.  However, Jack Warner of the Caribbean soon resigned his post to avoid similar punishments, and then Chuck Blazer from the USA faced a similar fate and supposedly pled guilty to the charges he was facing to help facilitate this most recent spate of events for FIFA.

Last night, anywhere from 7 to 21 individuals associated with FIFA in some capacity, whether administrators and executives, third party affiliates and even those involved in sport were arrested or indicted by the United States Federal government on charges ranging from embezzlement, money laundering, bribery, bringing the game into disrepute and other corruption based illegalities.  This is important because 7 of those voting members of FIFA are now facing extradition pleas to the United States, and if Switzerland (as they likely will) accedes to those requests, will face criminal charges and up to 20 years in prison for violating US Legal Codes.

Additionally, Switzerland is conducting their own investigations into FIFA, which is based in Switzerland. Their charges and investigation run along concurrent lines with the United States Attorney General’s Office, and they have already seized a large number of electronic files from FIFA’s headquarters to this effect.

Sepp Blatter is currently overseeing the biggest pr disaster that FIFA has faced in recent memory, and most who have followed the developments of FIFA will agree that he is largely, if not totally responsible for FIFA’s PR disasters.

Prince Ali bin Hussein of Jordan, who is running for President of FIFA has made corruption his platform and with this scandal yet another huge black stain for FIFA to contend with is going to seem a more viable candidate to restoring public trust and fixing the machine that has been horribly broken by individuals who have wanted to line their pockets with funds, rather than support a global sport that can always use more attention and better regulation.

Personally, I think FIFA’s PR needs more than just a reboot.  I am in the camp of those that believe that the Federation of International Football Associations should be disbanded.  There is very little public trust in this organization and just like Rangers FC did, it might be best to start a FIFA Newco and completely start over.  Erase all perceptions, break all ties with the negative that is associated with FIFA and get rid of Sepp Blatter and his cronies!  This is what I would do to handle FIFA’s PR problem, and while it is a lot of work, there is no easy fix for those that FIFA has offended and violated so thoroughly.

We will be breaking more news as this case unfolds and more details emerge.