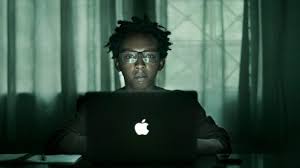 Where Does the Purpose Behind A Product Drive It And You?

I am not sure that I ever really saw a Windows or Microsoft advert that stuck with me. Windows was ubiquitous but never really aspirational or inspirational. I have Windows because it came on the computer I own not because I consciously made a choice to own something that was Microsoft produced. I don’t honestly think that the words I have to have a Windows computer have ever come out of my mouth.

Is this just because Microsoft has traditionally been more of a software company? I don’t think so. I am sure for some people that they are the ne plus ultra of computing software, and they have obviously developed some very useful technology in their time, otherwise they wouldn’t be the size they are, but has anyone really wanted to emulate Bill Gates in the way that they want to emulate Steve Jobs? Well, maybe in terms of the amount of money that he has.

Microsoft and the computers that used their software always seemed to be purely functional objects, and they were never the most aesthetic looking things either. Sure, it’s true, The Surface Pro, and a few others may have stepped out of that fugly black box hooked to a TV screen mode, but when has an Apple machine ever hit you with that flow, where you hope there is something impressive inside the box because the box isn’t much to look at?

Windows machines are work horses, Apple machines are imbued with something else. One flow is all about business, and one flow is all about creativity. When I trained as a journalist this was always the flow in the office – everyone had access to the PCs, but there was a certain cache and prestige with the Macs. I blew a student loan on a new candy colored Mac Book, and even to this day I believe that it was the best machine I ever owned.

Of late it has become apparent to me that Apple pays very close attention to what it is that their customers want, and when they have determined what that is they go all out to provide it for them. Microsoft, on the other hand, and here I am thinking of Windows 10 updates, does things to be computer and my user experience that I did not ask for. A recent update stripped out my choice of anti-virus program and replaced it with Window’s Defender, which changed some of the operating parameters of other programs (those which weren’t purged as Windows introduces their own replacements). It can be a frustrating experience, because I purchased my computer to do certain things, and over time I have developed certain workflows, and when I have discovered something that works I do not need an arbitrary spanner in the works.

Tim Cook is definitely positioning himself as someone who can be trusted, and he surrounds himself with people who know what they are doing, and it seems that he gives them the space to do what they are best at, while making sure that what they do embodies the ethos that Apple has been careful to cultivate over the years. Think Different. Look at your Apple and then look at your PC, and you get the idea that they are for different things – if you want to work sit down at a PC, and if you want to create, maybe an Apple is better.

Any design, any product – if it has the right purpose behind it, and in the driving seat, is going to appeal to you more than something which has a purpose that doesn’t resonate with your own.