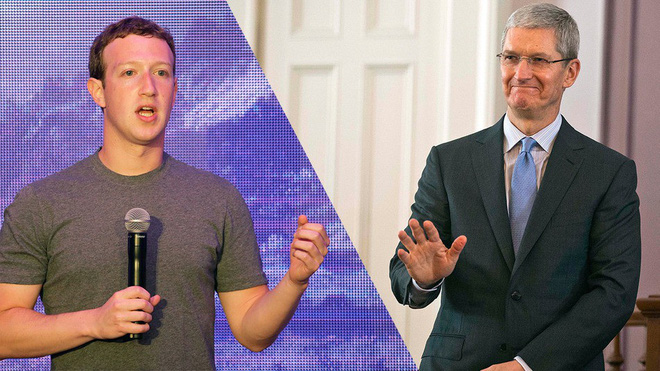 Ethics Are Observable In Action Not Demonstrated In Words

Watch how people operate under pressure and you can learn a lot about them. It wasn’t too long ago that Apple ran afoul of the intelligence services, when the FBI, due to an error on their own part, were forced to try and play hardball with the Apple CEO in order to get him to provide a weakened IOS so they could hack a phone and access the data of a terrorist. Cook came across as calm, collected, and principled – and he emerged looking good for his stance on the importance of privacy and standing his ground while bully tactics were leveled at him.

Zuckerberg on the other hand seems to be defensive and squirming, and full of excuses. And as tech journalists and others continue to dig it emerges that Zuckerberg has been less than forthright about what is happening with people’s data. An article this week was looking at how Facebook negotiated contracts with technology companies to make sure that Facebook got preferential treatment on their devices, and this involved the exchange of private data in order to set up the exchange between the companies. This is after Zuckerberg sat in congress to explain the Cambridge Analytica issue, which was less a snafu, and not a leak like we have seen with other tech companies, or a hack, but a by-product of Facebook policy that caught up with the social media platform and the data manipulation company. We learned there were other apps. There was the Russian Adverts problem. But if you apologize and continue to keep doing the same thing, what does that say about the value of anything you say?

Tim Cook had described Facebook’s practices as “an invasion of privacy”and Craig Federighi, Apple’s software chief said they are shutting down Facebook’s web-tracking tools on their devices – a pretty open statement of position and intent. Cook also attacked Facebook’s free service with advertising model. Cook said: “We could make a ton of money if we monetized our customer, if our customer was our product. We’ve elected not to do that… Privacy to us is a human right.”

Nothing Is Really Free – As Tom Waits Said: “The Large Print Giveth, And The Small Print Taketh Away.’

Zuckerberg countered that “I find that argument, that if you’re not paying that somehow we can’t care about you, to be extremely glib and not at all aligned with the truth,” he said. But one wonders whether someone who glibly apologizes for the same errors dressed in different clothes over a prolonged period of time is best placed to throw stones, and also is a neat way of playing the victim card while sidestepping the real thrust of Cook’s argument, which is targeted squarely at the ethical considerations around Facebook’s behavior, not something as fluffy as feelinsg, which is where Zuckerberg seems to be taking it. Even the Facebook ad that followed the so-called revelation about Cambridge Analytica appealed to Nostalgia and if you didn’t already know the story might have convinced you that Facebook and Zuckerberg were as much the victims as the platforms users. Probably better to take your lumps and fix the problem rather than to justify.

Apple really are positioning themselves well in this argument, and they have the record of their good behavior in regards to privacy to back up their words. Zuckerberg is acting like someone that has been caught rather than someone who is contrite, and it would be surprising if people believed that things will change beyond some cosmetic moving around of page elements. Will people abandon the site though? Will it become, like Myspace, a digital ghost town populated by those too apathetic to move, or is it just possible that it has so successfully wormed its way into everyone’s lives that it can survive even this.

Apple already has Facetime, loyal users, and a good record with privacy – wouldn’t it be interesting to see what would happen if they went toe to toe?