What Does The Collapse Of Dialogue Mean For People? 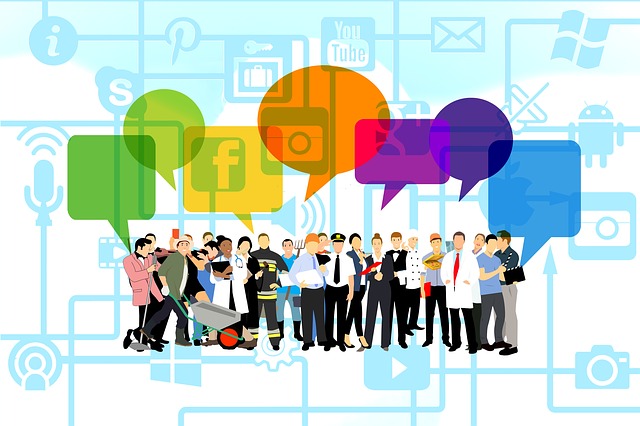 The first thing to ask is whether there is a collapse of dialogue. Survey the evidence of the number of bipartisan conversations that don’t descend into name calling and actually prove to be fruitful and you may readily reach for this conclusion. Look at the number of Democrats and Republicans willing to cross the aisle and not vote along party lines in order to make the government work in the way that it was designed to work, and that may be the sad notion that comes to you. Look at the incommensurate viewpoints expressed by the two main arbiters of politically divergent viewpoints in mainstream media, CNN and Fox, and it definitely seems more like a jousting contest where people thrust at each other and don’t really listen to each other.

Both sides seek to dehumanize the other, and to render their viewpoint invalid. Republicans get painted as bigoted and animalistic by those who lean left. Democrats are the latest to inherit the stain of the Red Scare, and are accused of not being patriotic, when you talk to those who lean right. For a relatively young country, the politics here are so layered and complex that the viewpoint of those considered grass-roots may not reflect the viewpoints of those who sit in the higher echelons of a party. America is bolted together out of differences and extremes, and the fact that both strains of Americanism are strongly represented would seem to deny either side’s claim that they are the ones with the right to define what the country is.

The divide that is marketed by the politicians and the media presents differently in the day to day though. The weird psychic distortion that comes from the applied pressure of a media spotlight doesn’t necessarily mark the interactions of people with different viewpoints on a one to one basis, but appears when looked at in terms of group dynamics. Social media has as much of a distorting effect as mainstream media, and if anyone thinks that the oddballs occupying the fringe cause any less of a problem in terms of bias and focus to manifest in the audience they cater to, then they haven’t been paying attention.

In a place this big, with States as big as countries, and differing economies and pscyhogeographical influences on a people as diverse as anywhere in the world, how can someone in Cape Cod be expected to have exactly the same viewpoint as someone in Florida, or out in California? How can America mean the same thing to everyone? The number of filters you would have to strip away to achieve this are astronomical. Or so they would have you believe – if person A is different from person B to the degree that a swan is different to a monkey then agreement would seem almost impossible; dialogue would have to be disregarded. Is this really the case though?

You could perhaps start from that one point – that people are proud to be American. There are certain things they probably agree on if only they were able to sit down and have a conversation. Sometimes, if you turn off all your portals to news and politicians, and just walk out into the world and shake a few hands and talk, you could almost be forgiven for thinking that most people are nice.

Federalist Papers; Anti-Federalist Papers. American really does mean a lot of different things, that if you accept the tenets of The Constitution and the spirit on which the country was founded, and the way it has operated since that founding, is integral. Politicians say this, and mainstream media say that.

But the problem isn’t the mainstream media or the politicians in opposition; it is the combined effect that their way of handling information affects people at large. Being in a position of power amplifies whatever you say. Media amplifies whatever is said. Social media amplifies in a similar way. An opinion expressed by one person can travel so much farther than it used to, and sometimes the immediacy with which we are able to hear and respond to something reduces the amount of care we take to fully understand the context of the communication and to craft a response. Politicians, at least in the information economy, are flipsides of the same coin. They have enjoyed the same level of trust from the public before, and while it may see-saw and not be exactly the same across different socio-economic groups, and racially diverse groups, what we are seeing at the moment isn’t that different to what we have seen before. The primary difference is that the volume has been turned up by someone whose position of power makes him an important player. Leading never just means being the decision maker, it also means setting the example for conduct, and so the dialogue is as divisive as the loudest voice involved, and a lot of times it can be more of a soliloquy than an engagement with someone in a debate. Shouting others down or shouting opposing slogans at each other is engagement on some level, it just may not ever be very constructive.

Politics is not something it is ever wise for a business to become involved in, unless the business is a professional lobbyist or some-such, but even that can be problematic. There are  companies that have suffered for their association with certain groups, and companies that have won because of it, but providing a service and being professional should be the aim of any company, and partisan politics can make that very difficult. Provide the water cooler, but not the conversation that surrounds it.