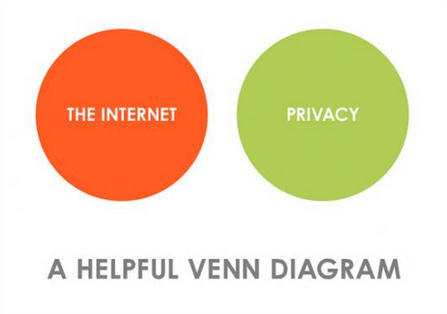 Data is big money, and you are constantly generating data trails wherever you move, and whatever you do. Go to https://myactivity.google.com/ and check out how much of your daily activity is recorded – the voice searches you did, the places your phone checked you in at, the apps you opened on your phone, the web pages you looked at. It starts to get a little perturbing.

Who owns it? If you think you do you may be in for something of a shock when you find out how many people have access to all the things you do on the internet. Is this the Post Privacy Age? Will this lack of ability to protect data, coupled with the deregulation of the industry and fast and slow lane internet prompt a mass exodus? Is it a prelude to some big sea change in the way we interact while using these things? Who believes in the throwaway nature of Snapchat anymore? Not the people whose naked pictures ended up elsewhere, that’s for sure.

The way things are marketed to you is something that is changing all the time – you get tracked, you get pitched at every opportunity, and what they are calling AI starts to be able to predict a lot of different things about you. You consume and click and move around, and all that data ends up siloed in places you wouldn’t even think of.

When you come through customs and get your social media accounts checked how free is your freedom of expression? Where go your first amendment rights? Saying you have nothing to worry about if you haven’t done anything is all well and good if the definition of “done anything” remains a fixed datum – not to get all dystopian on you.

We do this to ourselves though – hacks expose less about ourselves than we volunteer every day. Facebook and Google are treated like a kind of infrastructure that is as benign as the surrounding landscape, and we sometimes forget they are for profit companies. If I don’t know you it doesn’t take me long to get some amount of data on you – all I have to do is type your name into a search engine.

Eliot wrote “This is the way the world ends
Not with a bang but a whimper.”

It is funny that a lot of the science fiction depictions of a society which is locked down, and all data is known about the citizens, very rarely does it give us the idea that the citizens voluntarily surrendered all their private data. This is exactly what has happened though – who reads the disclaimers? In an age where we are overburdened with data every second we are awake, disclaimers and privacy notices are often an overload we are unwilling to submit to, and so we click through.

You could of course free everything up under the assumption that no one is going to trawl through that much crap to get at the nuggets of truth, but you’d be wrong. Snowden gave us an insight into how quickly data could be processed when people were questioning the speed in which Hillary Clinton’s emails were analyzed. How do you really know what is pertinent data to an investigation into you? How do you know as political sensibilities shift what might be problematic information to have out there?

Someone sells your data to someone else and and you find yourself unable to get credit, buy a car, navigate the morality police on the housing association committee. The ramifications aren’t something we have had to live with, but they are something we may have had a glimpse of in the past. Let’s get gloomy for a moment and realize that the Holocaust was in large part facilitated by the number crunching made possible by the IBM punch-card machines that were being used by the Nazis – they cataloged and quantified the racial make-up of the nation, they facilitated the movement of millions of Jews towards their end during the Final Solution, and afterwards, those same machines were used to catalog the dead. Information is powerful – if it weren’t why would there be so much money spent on protecting, so much money trying to obtain it; if it weren’t so powerful, how has it been used to take down political candidates and drive opinion in a whole lot more technological way – google Cambridge Analytica.

What Robert Mercer’s company is able to do, and how much information it can obtain about private citizens, can be a little alarming. It makes you think about how you use your data, where you deposit it; who obtains it when they buy up some small start-up that produced a popular Facebook game everyone plays. You have to surrender something to move freely online, but the problem comes when you suddenly realize you have given away more of your privacy than you thought.

What’s the solution? Pull back and spend less time on the internet? Cut down on the number of sites you give your information to? Or just give in, because you realize that everything you carry around with you that is vaguely technological is outputting data about you? We haven’t reached the point yet where functioning in the world is entirely dependent on technology, but it does play a pretty integral role in our lives – perhaps we are approaching the end of a honeymoon period, and the lines need to be re-drawn?

Or perhaps, oblivious to what they are clicking, people will stumble on blindly, and only those out on the fringes will be sounding the alarms. And maybe none of it is anything to worry about anyway. I like Facebook, I like Google, I have nothing to hide. How important is privacy anyway? What does it matter if my credit score and medical data are out there? What can people do with it?