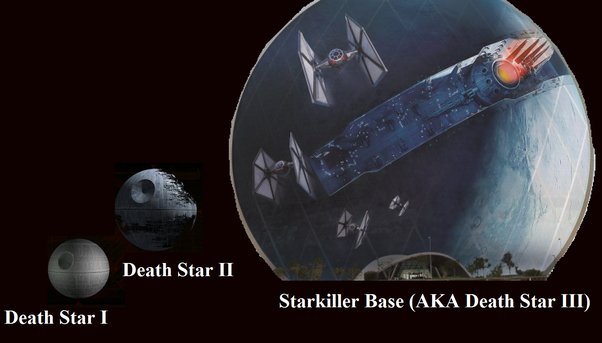 Another Death Star Would Suggest A Movie Design Flaw

It blew up, and it had a design flaw that made this possible. Great. The New Empire went ahead and built the third iteration of a bad idea and called it something else, but let’s not dress it up any other way – it was not exactly breaking new ground. It was OK for the reintroduction to the universe, but now we need to move on.

I know how Wolverine was created – I do. You keep telling me like I have a memory problem. Oh, and wasn’t Spiderman bitten by a spider? The Hulk turns green when he gets angry and he was hit by Gamma Rays, right?

If we can’t get past this I think our relationship is going to have to change. We aren’t going to be hanging out so much. Special effects are great, and setting up the scene is great, but constantly rehashing the damned story? Not such a great tactic.

I sometimes like to be dropped into the middle of a story where you have to run to catch up, where it is assumed you will be smart enough to pick up the beats in the story telling and work out what is going on. Exposition moments are like leg shackles, and they used to be my biggest problem with things like Star Trek. Two minutes of guff that do not serve the story telling. Ever read Philip K Dick? His idea is that he throws a whole shit ton of ideas at you without too much explanation, and then he just keeps running, and if you fail to keep up? Tough. The story telling is the thing.

JK Rowling is great at introducing a concept and explaining it by having the characters use the gizmo, cast the spell, or navigate through the place, and it is described in action. Constant asides and filler designed for the people asleep in the back of the class is boring and tedious. We already have the audience cipher in most movies that is learning the way things work so we can to, but if they never escape the gravitational pull of being a cipher and achieve escape velocity to soar as a character, guess what’s going to happen? The audience who has now got the idea of what is going on is going to want them gone.

Tolstoy was a little problematic for me in terms of exposition – there are pages on matronymics and partronymics, just so you can understand who is called what, and this is supposed to be an undercut to setting the scene. Dostoevsky by comparison just launches straight into the narrative and you get dragged along by the scruff of your neck. Austen is exposition heavy; Charlotte Bronte throws you in the deep end.

Show Don’t Tell Is A Good Rule For All Media!

Nike says just do it, and you comply. Apple told you to think different and you rose to the challenge. Imagine if you had to have a product explained to you in detail before they got to the sales pitch on an advert – you’d be there forever. It should be an elevator pitch – something that can be delivered in the time it takes to ride an elevator. Of course, a film does allow for more explanation, but the problem is that the film-makers don’t seem to be thinking with the fact that people do already know something about the characters they are handling – people know Iron Man, Spiderman, Captain America, Hulk, Thor, Wolverine, etc. Not every film can have a refresher attached to it.

On some level these characters are simple archetypes anyway, or just not that complicated as characters. Hulk angry, hulk smash – hulk calms down and becomes Bruce Banner. Thor is a Norse God who hits things with a hammer. Captain America is patriotic and hits things with a patriotic frisbee. Spiderman is like a spider. Iron Man is a rich dude in a mechanical suit who hits things or thinks at things. Can their reasons for doing this not be deduced from the fact that the people they are hitting are generally evil people who want to hurt or rule over people or both? If the dynamics in a super hero movie escape you, maybe you should go and lay down in a quiet room and stick to coloring books.

Not to just target Disney / Marvel / Lucasfilm – DC Comics, please stop introducing your characters and tell us an actual solid story. Isn’t Batman the guy in the suit with a huge bat on his chest? Isn’t the Joker an evil maniacal clown? Good, I’m tracking. Yes, I know who Superman is. Deadshot shoots things and never misses? Oh, he’s a dead shot?

Star Wars I will go to the cinema for. Rogue One and Force Awakens deserved to be seen on a big screen – they’re trying to do something new despite the Death Star being the biggest problem, at least on the surface. I felt like Guardians of the Galaxy gathered its crew up pretty quickly and got down to unfolding the narrative. Logan gave as an ending – at least to the Hugh Jackman iteration of the character (give it a second for the dust to settle and someone new will come along). I just kind of dread the idea that at some point Sony’s option will lapse on the X-Men franchise and then we’re going to get a Marvel reboot.

I hope I’ve made my point – let’s break new ground. Let’s hit the ground running. No more circling back. Build a new Death Star? Sorry, if you do that again then you aren’t an evil empire, you’re a bunch of uninspired idiots, and I will be left wondering how you got to rule over an empire, and I am going to have to think that the rebels are pretty much morons for you to be able to subjugate them.