The PR Around To Kill A Mockingbird 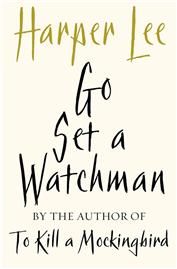 Just because you haven’t been working on your social media presence, it doesn’t mean that you don’t have one, especially if you are noteworthy for some reason. This is true just as much in the real world as it is with your online presence, and nowadays the two often intersect.

While you are happy in your isolation the gossip mongers and the water-cooler theorists are coming up with countless conspiracy theories about why it is that you haven’t actually been out in the world talking about yourself for the longest time. Privacy isn’t what it used to be, and someone who is so guarded has to have something to hide, right?

Reclusive writers beware – if you haven’t put out anything in quite a while, and then a manuscript, thought missing, suddenly turns up, then either its authenticity or your ability to make a decision regarding its publishing maybe called into question.

Harper Lee, famous for her novel To Kill A Mockingbird wrote a sequel that is soon to see the light of day called Go Set A Watchman. The initial flurry of excitement was followed by a debate over whether the author, who hasn’t been seen much in public, actually made the decision to publish, or whether it was some opportunistic bid to cash in on her by some unscrupulous third party.

So attention shifted from talking about the book, discovered appended to the manuscript for To Kill A Mockingbird, in her friend and lawyer’s offices, to whether Harper Lee was full compos mentis. She and her close acquaintances were quick to dismiss rumors that this was not the case, but it is easy to see how the untended garden of public image can become over-run with weeds and grapevines.

Not all writers have a great PR machine, and it probably didn’t make sense to have one for an author who looked to be done with the whole game of writing a long time ago. Having a rusty PR mechanism in place really does expose you to a lot of unwarranted attention, and you have to work doubly hard to win back lost ground.

All of the hubbub, in the end, probably didn’t harm the potential book sales in the least. People are going to be eager to see whether it is of the same quality as her only other novel, now considered a classic. If it turns out not to be then they can just blame her poor judgment and write it off as failed promise. The cliche that no press is bad press might apply here, but sometimes there is a wish that we could just have good news that doesn’t have to be spiced up with some possible drama.