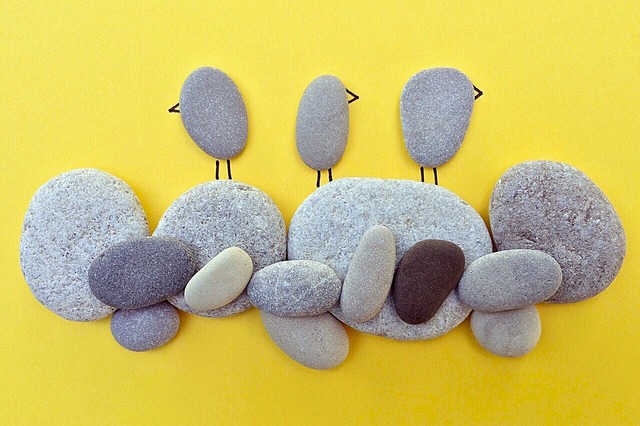 Physical Art, Despite Its Importance, Needs A Lot Of Marketing To Survive

Due to caffeine’s effective marketing pitch of being almost necessary to modern life, statistically, you go into coffee shops often. And, since you do, you probably have ogled a random painting hanging on the shop’s walls, or an artisanal ceramic on a little table, or a collection of CDs for some band you’ve never heard of—ever—in a wicker bin. Or, perhaps, you went to the Pierce Street Market under the bridge leading toward Clearwater Beach, and looked at all the cute and quirky and sometimes rather gorgeous pieces of art. But, here’s the question: do you ever buy any of it?

Does anyone ever seem to buy those sorts of things? I can’t recall ever seeing someone walking away with one of the hundred dollar paintings of the sea or something of that ilk.

And, as a person who makes art, I am not a fan of this outcome. But I understand where it is coming from, and why this happens. And why many people ultimately fail to make a living out of making just art.

It’s the economy, let’s get that out of the way. Money plays a role, obviously.  But it’s not that alone. Art HAS inherent worth. It is perhaps one of the most important things to human happiness. Outside of the necessary to life things like food and sleep and water, humans crave mental stimulation. The urge to become engaged by something creative is the biggest and perhaps, on an underlying level, the entire reason the movie industry and Netflix and YouTube are such smash hits and juggernauts of the world. But, the issue with creation nowadays is not a lack of demand: it is a lack of attention and funds. We humans are such a huge population with varying habits and likes, and the ability to make art (and the drive to make art) is so powerful and so common, that getting noticed is hard amongst your fellow members of the species, even in a niche.

What I mean is, no matter how much work and craftsmanship went into that wooden wolf on a lacquered stand with intricate tribal symbols carved all over it, if you are charging more than a few dollars for the piece, you have a likely incoming issue of finding someone who can or will purchase such a thing without some major marketing push.

Moreso Here, Marketing Must Convince The Customer Of The Product’s Worth

We have access to so much media, a flood, in fact, that the only way to remain sane is to flit from thing to thing or ignore the bulk entirely. The amount of stuff free (or just requiring a subscription fee or internet access) is so staggering, and people like their screens so much, that certain art has a real issue being seen or receiving more than a little attention.

It’s a problem which heavily hits crafts and carvings and paintings and statues and anything else physical. Sure, placing all that stuff around a home livens it up, but a lot of people—especially with the turbulent financial stress adults have been going through as of late—can’t or won’t put down the money for another thing in their house.

But, again, I believe physical art has a reason to exist and should be more financially viable—without hurting the artists of the world. I’m just sad to say I am not as helpful to this advice-wise as with other topics. I don’t know the solution yet.

It will take a supreme act of marketing, or a revolutionary change in outlook, to solve this problem. It will not be easy. But it is worth striving for, it is worth achieving. Culture needs physical art. I love technology, but that doesn’t mean all creation should be digital.