The Marketing of Hate and the 1st Amendment 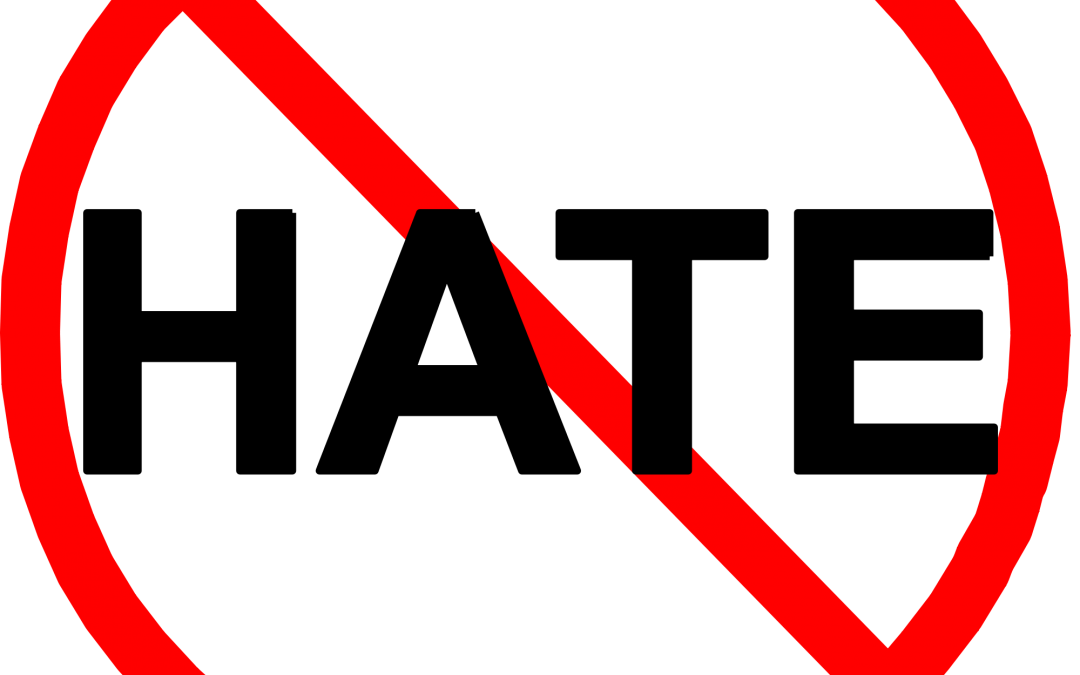 It has been a long time coming, and I have had no good reason to really address this topic till recently.

So why am I addressing this issue now?  And what issue am I confronting?

It’s called hate speech, anti-semitism, ethno-centricism (racism to the uneducated) and other forms of speech that are designed to inflame and attack a person for their melanin content, geographic place of origin and religious belief structure, among other aspects of a person.

There has been a lot said about the fascist nature of Mr. Trump’s campaign.

Let us define that construct.  Fascism, fascist (the belief structure, and the practitioner of such a structure) are dirty words in most western cultures.  It’s not difficult to understand why.

The Oxford English Dictionary defines fascism as such:

“1. N fascism – An authoritarian and nationalistic right-wingsystem of government and social organization.

1.1 (In general use) extreme right-wing, authoritarian, or intolerant views or practices”

In context of a larger whole:

The term Fascism was first used of the totalitarian right-wing nationalist regime of Mussolini in Italy (1922–43); the regimes of the Nazis in Germany and Franco in Spain were also Fascist. Fascism tends to include a belief in the supremacy of one national or ethnic group, a contempt for democracy, an insistence on obedience to a powerful leader, and a strong demagogic approach.

Are you starting to see the relationship here?

Mr. Trump has been running a campaign that meets a great deal of these criteria, and while I do not believe he means to be, this is the perception he gives.

Before I delve deeper into what could be a potentially volatile conversation full of partisan attacks and demagogic approaches to life and politics, I would like to stress that I am ambivalent concerning most aspects of life.  That I do not inherently distrust Mr. Trump, or Mrs. Clinton and I am not espousing these comments to advertise any sort of distrust in Mr. Trump.  I have already received and mailed my ballot for early voting, so this article does not impact how I have already voted.

For the record, in the Presidential category, I voted for Gary Johnson, Libertarian.

In this point I am merely marketing the existence of a logical connection that should be addressed concerning the moral codes of the society we live in.

This will be the most elucidating article I have personally written for publication anywhere.

I was raised  an orthodox jew in a very close community, and never really had any public exposure to anti-semitism until I went to public High School in the USA.  From there it really only got worse throughout university, until I stopped practicing orthodoxy.

Some of the more common comments I received when wearing a kippah or tzitzit in public were “You jews killed Jesus.  We’ll crucify you too.” “Go back to Israel.” “Fucking jew.” “Go home and count your money.” “Fucking kike.”

You may not see the impact these phrases have on a person, but when you are walking down the street peacefully, and some boys in a huge pickup truck start throwing garbage at you and yelling these things, it affects a person.  Additionally, going to sporting events without friends always became a risk.  People throw things while yelling these obscenities, and in the anonymity of a crowd they are safe.

You can see this happening at sporting events in Spain and Russia where there is plenty of film to demonstrate that these things occur.

So when I read an article like this one on Huffington Post, I cannot help but feel pathos toward this young woman.

Now, in mitigation, I cannot say that all her politically oriented claims are correct, as in if those were Trump supporters, but I can say that I empathize with her position.  I can say that Mr. Trump could very easily remove this cloud of speculation by disavowing David Duke, the KKK, white nationalist groups, and pleading with his multitude of supporters to lower their clamor of antagonism towards the other.

Mr. Trump did not ask for these types of supporters, but his recent actions have done nothing to distance himself from, or abolish the perception that he condones them either.

Advertising such a viewpoint is standard procedure for most politicians, and even if they do not mean it, at least publicly they can say that they do not condone these actions.

Now I will get into the legal bit.

Congress shall make no law respecting an establishment of religion, or prohibiting the free exercise thereof; or abridging the freedom of speech, or of the press; or the right of the people peaceably to assemble, and to petition the Government for a redress of grievances.”

However, assault is a crime.  Promoting violence, or speech designed to instigate violence, are criminal actions.

This is the major objection of mine.  It is not right that others should be able to hide behind the anonymity of a group or the internet to spew such vile speech and intend emotional or even physical harm to another, purely on the basis of their religious beliefs, skin tone, or ethnic background.

As a society, there is a perceived moral code (in the larger population) that such actions are inappropriate.

In the global culture we belong to and are evolving in, tolerance is vital.

Radical Islam is just as negative as radical Christianity or Judaism.  But to live in fear that what you might say will instigate such a negative and evil backlash is unacceptable.

If I am advertising anything, to you my readers, it is that hate speech may not be illegal, but by all religions and cultural metrics in this country, it is definitely in contravention of our social contracts.

Post or share if you have anything to add.  Also, if you disagree, please frame it in a way that is not belligerent or hostile.