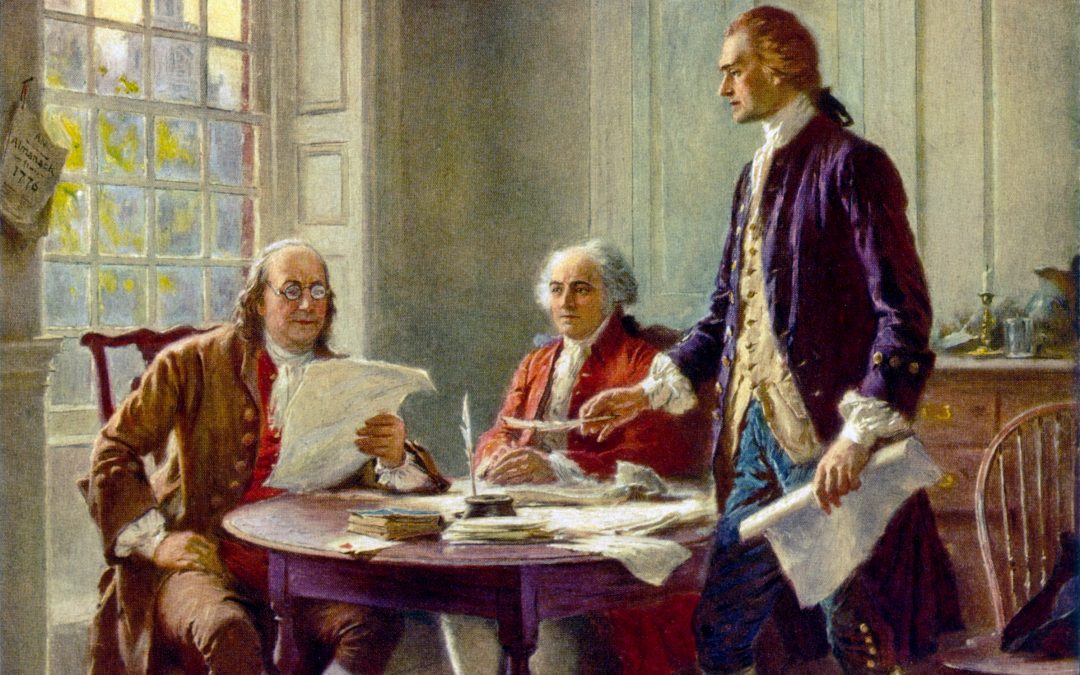 Thomas Jefferson was not just one of the founding fathers of this country; he was also a humanitarian, a gentleman and a philosopher of great renown.  His economic policies helped the country recover from its first major internal conflict.

Like many of those who put their names to the Articles of Confederation, the Declaration of Independence and ultimately the Constitution of the United States, Thomas Jefferson was a man of means and knew how to take advantage of opportunity.

As an Ambassador for the Colonies to France during the war and after, it is not hard to understand how European politics may have helped shape his views on the way political systems should be structured and formed.  This is likely one of the primary causes of his orientation towards a Democratic-Republic, wherein the elected representatives of the voting population are tasked with governance on behalf of the people.  In theory, this is the system that the country still operates on.

One of the biggest distinctions that Jefferson made in his economic policies is that the Federal/Central government should be kept small, and the impact and of the local economy should be prominent.

As a modern analogy, this is similar to what the Libertarian party and the Tea Part would like to see in the United States.  Both parties are bent towards small government with low federal spending.  The distinction in practice, is that the Tea Party (in my mind) seems more hellbent on destroying the political and economic spectrums in their entireties, while the Libertarian party is actually the true successor to Jeffersonian thought.

Thomas Jefferson was not just against a large central government, but that the burden should fall to each state to covert he day-to-day necessity of living for each state’s residents.  This is not to far off from the Libertarian party, but I doubt many Tea Partiers would agree.

Additionally, unlike our current republican party in the central government, Thomas Jefferson understood the need for humanitarian programs and their viability.  He also understood the need for social freedoms, and that too is something modern republicans have little concept of.  Thomas Jefferson would be dying of outrage seeing how our modern politics are doing everything they can to interfere with human choice on everything from: foreign affairs, corporate monopolies, outsourcing of jobs to other countries, abortion, freedom to practice religion without prejudice and the right to speech.

With all the protections against certain facets of each of these topics, the War Authorization Powers ceded by congress in the early 2000’s and the massive amount of public debt the federal government has incurred, it is not surprise to see this country gone so far from its roots.

Thomas Jefferson made no economic policies that he did not feel were in the best interest of his people.  When the Louisiana Purchase was made, it was designed to help expand the living areas of the united states.  This was meant to help people expand out of crowded cities and create their own, self-sustainable farms where they could create a living and income that was dependent off their own work.  Additionally, these economic policies and expansion strategies had the added effect of creating strong local markets.  This means that individual towns and hamlets could survive on their own without need for much outside assistance.

Jeffersonian philosophy dictates self-sufficiency and true freedom of being.  I think these are two notions that are very difficult to disagree with.