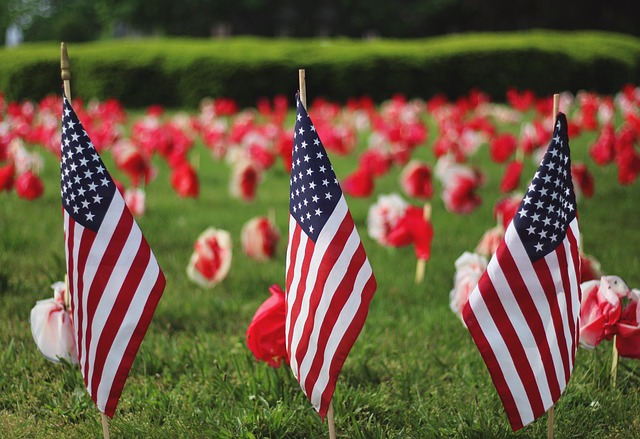 In England we observed Remembrance Sunday every year as part of our duties in the Cubs and then the Scouts, so it was something that I was aware of from an early age. Every year we would place a wreath of poppies on the war memorial in the town square. My Grandfather was in the Royal Engineers and served at Dunkirk, at the Normandy Beach Landings – and I recently learnt that his job involved building floating docks under fire for the Allied Troops so that they could actually land their boats; it was, to say the least, a high risk job, and when he started to talk of it in later life I learned more about the loss he had personally suffered.

Every year, on the last Monday of May, marking the official start of summer, remembrance is given for those who died while serving in the country’s armed forces. In many places a US Flag will be placed on the grave of American Soldiers to celebrate their sacrifice. People parade, and a lot of places will hold a service in honor of the day.

These men go to war with a very noble purpose  in mind, to protect and defend the values and beliefs of their country. In America this a very specific type of democracy, as laid out in that revolutionary document, The US Constitution, the foundation upon which the American Dream was built, and through which the country has flourished and prospered. The hard won freedom is valued, and all that it makes possible, and likewise the sacrifices made by these men are recognized for what they have made possible.