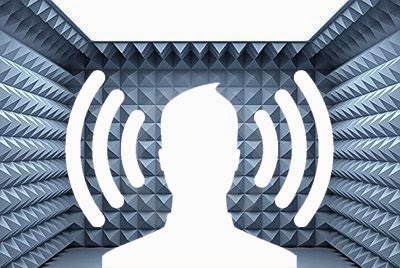 Who do you speak to? Do you seek out differing opinions? Would you say that you are well-informed about what people outside of your own small group of friends and associates think?

The notion of the Dunbar Number is that we can only maintain 150 stable relationships socially, but has that number been shifted by social media? Or is the number of “friends” that you have a somewhat misleading figure? It probably boils down to the depth of the interaction – shallow interactions in the sense of liking someone’s Facebook post is hardly comparable to a more involved situation where you are in the same room, maybe sharing a meal, and talking face to face over a long period of time. Where might something like a Skype call or Facetime rate? What if you friend someone but they never pop up in your feed at all? There is definitely a sliding scale, or a spectrum that different qualities of communication slot into.

It makes sense that people are going to want to hear from people who like the same things and talk about things that they are interested in; that they are going to seek out information that supports their own viewpoint. Confirmation bias is easy to observe in action. Ask someone if they read anything from someone in the opposing camp and you’ll often find your question met with incredulity. In a sense it is why advertising works – knowing which way someone will jump means you can be there to catch them with your product. In politics you are very rarely seeking to “convert” someone, despite this idea of swing states; it is more often that you are trying to mobilize people who would normally not be actively involved in the political process, but hold the same opinions as you. Voters gravitate towards someone who speaks and thinks like they do.

The echo chamber has replaced the water cooler – it used to be called preaching to the choir. Whose mind are you changing when you rail against the policies of a politician, or against the insensitivity of an advert? Not the ones who believe the opposing idea you are tackling, surely? No, more often than not you are trying to engage those who complain in the same vein as you do, but currently do nothing. It’s easy to engage in the form of activism known as slacktivism, where a Facebook like or an online petition, for some people, replaces getting out there and confronting the issues head on.

Slacktivism Is As Useful As Opinions Kept To Oneself

Trump engaged more people than Clinton did. Wikileaks engaged more people than the mainstream press did. At least in the states where it counted. I liked some things about Gary Johnson, but some aspects of his campaign seemed too laidback and too humor laden to hook into the sense of urgency and seriousness that pervaded the rest of the run up to the election. He wasn’t considered a serious contender by a lot of people – I know he swayed some people who were on either side of the Republican / Democrat divide, but it seems to me those who he really engaged were floating voters, middle-of-the-road voters from the two big parties who didn’t feel represented. As far as engaging those who tend to actually go the voting booths, the party faithful, I wonder if he was as much as a blip on their radar.

We advertise to select groups – we profile consumer markets; we keep our messages simple to hit the target of our specific audience. Different messages for different audiences. Never shall the twain meet. Fake news prospers because of this, and ill-informed opinion pieces that are thinly-veiled rants persist because of this; news stations like Fox and CNN and their talking head led entertainment news programs use this Achille’s Heel in all viewers to slip their bias right in. We want to be told we’re right.

It pays to get outside the walled garden – it serves you to read the opinions of those you disagree with, and to understand why those opinions might be held. Demonizing anyone is going to prevent dialogue and make understanding the full extent of a situation demonstrably harder. I see a lot of monologues and not a lot of dialogues – trolls in a comment thread aren’t having a discussion with those they berate and diminish with their comments. A lot of the articles I have read seem more like primal screams or wails of anguish than any attempt to suggest a way forward. Of course, there are those who are a little further over the hump, and who are seeing and suggesting ways that people can live and work together after the election. Look to the Brexit fallout to see how they are doing a little further along their curve.

As the digital sphere represents, in pretty much every iteration of itself, a marketing opportunity, and a sheen or screen of message that can be used to convey all kinds of messages, perhaps we, as advertisers, might be better to disrupt rather than make comfortable all these isolationist positions. Selling products while educating – is that the way to go? Advertorials disguise adverts as editorials, and there are sponsored Facebook posts, and all kinds of media out there that Trojan Horse messages in under the radar, and what is wrong with adverts that make you think? Let’s burst some bubbles and market something more inclusive, less divisive, and less biased.