The Culture Of Give It To Me Now 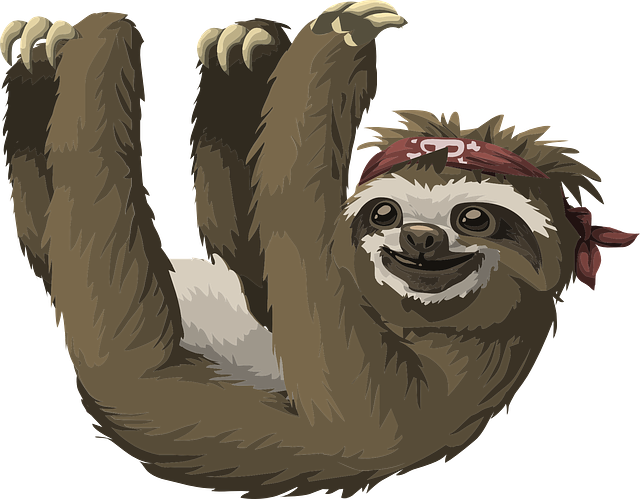 Binge culture is great – it comes from the same place as getting whole albums to stream on the day of release, or before. There are legitimate ways to do this. It also comes from the kind of thinking that makes it OK to hand out your Netflix password or to find a download torrent and take the thing you can’t pay for. It gets parsed as: information wants to be free, as anti-mainstream and anti-corporate; but it scoops up more independent creations too. Once you have one illegal download, why not more?

People just don’t want to wait. They think games are unfair if they make them work to earn a goal – it gets parsed as a consumer backlash against mean companies, who after spending a little bit of money to develop a game, are trying to foster engagement and recoup some of the capital they put out there. I have seen games criticized for being hard to play, or for not delivering their hit soon enough, but really, what is the point of a game with no friction? Meaning, if it’s easy, where is the fun in that? But instead of sticking to their guns the companies will often lower the bar. If you have played a game for any amount of time you have got your money’s worth, and you shouldn’t be able to return it. If you buy a $1.99 e-book and ask for a refund after reading a significant portion of it, you are not playing fair. The other day I pointed out that it would be like returning a pie you have eaten three quarters of, and I was told that people do this. If you return a mostly eaten pie when you really didn’t find anything wrong with it – you are just cheap and dishonest.

You mean I have to work to earn money to exchange for the music I want to listen to? No, it should be free. Companies can afford for me to take it as an illegal download – it’s basically a victimless crime.

Why did that band stop making music? How did that artist die penniless? Why is there no money in following the creative path I want to follow?

There is a disturbing disconnect between the receipt of the end product and the understanding of what it took to produce said product. There is a lack of appreciation of the number of people in the chain that need to be paid. This is the consumer. In a market full of illegal downloads, and systems that don’t pay the producers of art fairly, there is confusion over why it is so hard to get into the market and why people aren’t making so much money. This is the aspirant creator. It is not that the situations are separate, or that they are intrinsically linked – it is that they are the same situation … no money paid for products means no money to pay artists. But it isn’t everyone, is it? No, because the system would have collapsed. But it is enough people.

If you are involved in doing something creative, and you are finding it hard to sell your work because of market forces, look at your own record in terms of what you have taken without paying for it, and you may see that you too have contributed to the issue. It can kill innovation, because the big companies that drive so much of the industry can’t afford to take risks.

Proven products are the things that tend to succeed these days – there is neither the time nor the money to spend developing an artist. If you look at early U2 and how goddamned awful they were, it is hard to imagine them making it in today’s market. People get picked up from Youtube, or after crowd-funding their album or book. The incubators for new talent are often those with the lowest overheads possible they grow there – and only then do they get snapped up and fed into the sausage making machine. The romance of no middle man can stick for a while, it is hard work creating your product and promoting it as well, so if someone waggles a golden carrot in your direction and offers you money to sign to a big label you are going to jump on it. The point being that new talent, more than ever, has to make it happen for themselves, and part of this is due to the creation of a market where everything is super-easy to get hold of for hardly any money at all. Scarcity and cost used to indicate hard work had been involved in the process. When you get it for nothing, and it was maybe produced using the same tools you yourself have access to, maybe you wonder why it should be paid for. You give away your own music for free; it’s a thing. And that new artist has to start turning a profit pretty soon, or they are off-loaded. You can always promote yourself and sell your own stuff – this and that get attention.

Attention doesn’t pay the bills. Your creative side is reduced, basically, to a hobby, while you are supposed to have another gig that feeds you. It isn’t right that a sector of the society who have demonstrable skills, who are producing a product that other people want shouldn’t be getting paid fairly. If you work a 40 hour week you expect to be paid more than a minimum wage, but you don’t expect to pay an equivalent amount for the books you read, or the music you listen to, or the movies you watch. After making a decision to pay for everything I consumed it was easier for me to be successful in my creative endeavors.

Art doesn’t sell apparently; music isn’t a real career; hardly anyone makes it as an actor – do something practical. None of this is true, or needs to be so. Think of how pervasive all of this is in our culture, and how much some of it costs to produce, and then think how much you are paying, and ask yourself if it really is too much. It is true that to keep up with all the media being produced it does become prohibitively expensive, but if you think that for $10 you can buy a film or some music, or a book, that you can enjoy for years, is it really unfair?

Studios still seem to rake in the cash, some artists live in the lap of luxury, but it really isn’t like that if you are lower on the food chain. Film companies that had been using Florida started to withdraw after tax incentives were shut down, making it more expensive to film there. Parts of Georgia look like Florida, so its become a substitute, because they still offer their states version of those tax incentives. You have to make a profit to get to make more movies. With Netflix and Amazon – they have to keep driving up subscriptions in order to have the budgets they need as content creators.

The system is broken, and you break it further every time you steal a song or book or a film. Everyone’s doing it is a lame excuse, and when you analyze that statement it should make it plainly evident what the extent of the situation is. It also isn’t true. Despite the slow increase in the price of Netflix subscriptions, and of Amazon Prime, people are subscribing; things like Ca$hmusic are helping fund musicians who couldn’t tour or work otherwise; Amanda Palmer crowdfunded an album – Kim Boekbinder does this – and Spike Lee has funded a film this way. People are willing to pay. People want to disconnect from the machinery and deliver their money straight into the artists hands, or they should.

You need to earn or pay for what you consume. It isn’t even just about supporting existing artists, but about putting the possibility there of a future for all artists. Shrink the market by not exchanging for it, and you devalue it. Kill the artists, meaning people’s ability to support themselves in that way, and you irreparably damage culture. Everyone is not entitled to everything – the concept of fair and unfair doesn’t apply to things that cost money to make. The same actually applies to the attitude of these streaming platforms that exist – pay the artists for what you use … if the money is there for you, it’s there for the artist.

People spend more on coffee than they’re willing to spend on art.

I liked the idea that games I used to play were hard. I liked the notion in American schools that to graduate you actually had to demonstrate an understanding of what you had been learning. Why? Because it meant the goal attained was worth something. When I buy something and know that I am supporting the enterprise of another creative in the world it feels good.

No one left behind – allowing everyone to pass even if they don’t have the skills devalues those that do work hard and attain the knowledge. People not paying for something drives up the price for others. Not paying for things is so pervasive that you do see artists dropped by labels for not being profitable. Writers lose book deals for not hitting certain ceilings. The cushion has been removed for those making the art, and has been placed beneath the butts of those who stream torrents and illegally download. We need to put the money back in the pocket of the artists, and we have to teach people that they need to earn what they have.