Comic Books Don’t Need To Be Turned Into Films 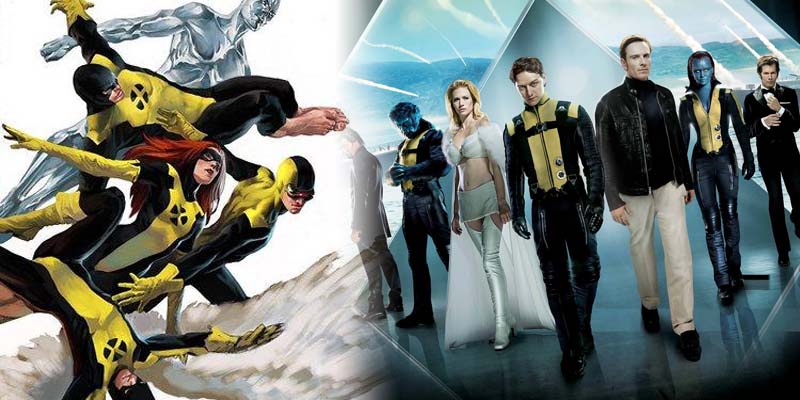 They do different things, and they bring very different things to the machinery of storytelling, and those who only ever interact with comic book stories through their movie versions are missing  out on a very unique experience.

Warren Ellis has done filmic in his comic books, but he has done many other things that can only be done in a comic book. Grant Morrison, likewise, has conceived of projects that really wouldn’t translate easily. Scott McCloud in Understanding Comics really breaks it down.

It is an interesting hybrid medium that is read in many ways that involves the images being seen, the text being read, and even the inter-panel elapse of time. There are storytelling gambits that you can employ with comics that are never going to be achievable on the screen, and vice versa.

One great thing about them is the scale which they can work on – going from the small minutiae of the personal story, to the epic multiverse spanning story, and the special effects are all handled by the artist and the writer. It never feels lacking to me – in the same way that I traveled around with Frodo, Sam, and Gollum, long before Peter Jackson CGIed their likenesses onto the screen.

In any adaptation you have to let go of a certain amount of the original material, because it becomes its own thing as director and a host of actors get to bring their own interpretation to the table. The first thing you had in your hands though – that comic; it still is the thing that you should look to for the truth and heart of the story.

Comic book movies, especially in the way that they are being constructed by Disney / Marvel are the perfect marketing machine though. In a shared universe, where every character’s individual film contributes to a forward motion that is then explored in a film that draws all the characters together, and then afterwards sends them on their way, somewhat changed, your desire to keep up to date with all the adventures is maximized. The Marvel TV universe also links up, and there have been story-lines driven ahead in Agents Of S.H.I.E.L.D. by the movies, and the Inhumans story-line in that show has been designed to push the next wave of films after the Infinity Wars. And each franchise also feeds into the Lego universe of characters that is also licensed by them. They are a juggernaut that is unlikely to slow down.

The problem is that some people then start to treat comics like they are just storyboards for a movie, and they fail to appreciate them for themselves.

When you have a product and you want to promote you play to its unique strengths – you don’t try and sell dog bowls to hat wearers because they might make interesting hats. I am not overly interested in talking to comic book readers who want to go on and on about how they want to see the book they are reading represented on the silver screen – why? Because you have a signal failure of imagination? Is that harsh? Ask a chef how much they enjoy watching a carefully crafted meal getting slathered in ketchup – not an exact analogy, maybe even false equivalence for some of you guys, but there is a real artistry in comics that should be recognized, and a worth that doesn’t derive from whether or not you could film it. In the same way, much as I love Handmaid’s Tale on Hulu, it isn’t the book, and it can never replace it … books fulfill a different role and work in a different way as a cultural artifact. Virtual reality replace books? Movies replace comics? I don’t think so. If they do I think we are really in trouble.