Advertising the Naturalization Exam for Office 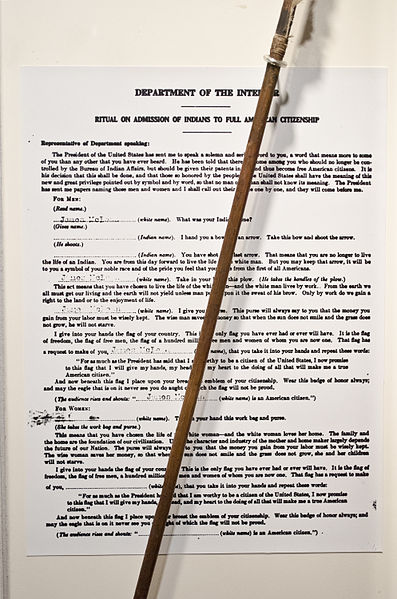 Here’s an interesting conundrum to ponder: Who should taken a naturalization/citizenship test for residency in the United States?  Sen. Harry Reid believes that Mr. Trump would fail such a test.  Mr. Kzir Khan has challenged Mr. Donald Trump to take such a test against him, any time.  And Mr. Trump has declared that anyone coming to this country should take such an exam (which they do, pending their naturalization or citizenship here).  I am advertising this thought, because I have an opinion, and have done this exam myself.

In full disclosure, on a practice test, I got a 85% out of 20 questions.  I misremembered Thomas Paine’s work for Thomas Jefferson’s.  Life, Liberty and the Pursuit of Happiness – it was a silly mistake.  And I obviously need to brush up on my 1910’s-20’s civil rights history, as I couldn’t remember who Susan B. Anthony was. That’s still good enough to pass a citizenship test, but still.  I should have received a perfect score.  *I retook the test and got a perfect score.

Now, all three public figures make a good point concerning the exam.  What with the risks associated with the globalization of radicalization, it would not hurt to have every entrant to this country be required to pass this exam, or something like it, in order to safeguard their entrance within our borders.  Courtesy of Mr. Trump.

Sen. Reid also raises a good point.  One of the prerequisites for holding state/federal office should be that each aspiring politician take and strongly pass some sort of historical/political exam.  This would better qualify that those running for public office are aware of their duties and responsibilities.

And I’ll even advertise Mr. Khan’s point.  It would be interesting to see every candidate for public office compete in this exam against a naturalized citizen who has successfully passed this test.

I have the stinking suspicion that a great many of those born in the United States, and aspiring to and currently holding public office would have a hard time taking this exam successfully.

Maybe it is because the way public schools are formed and the educational curriculum doesn’t seem very oriented to data retention, but I would find it interesting to know that this was a major qualifier to holding public office.

If you are interested in taking this exam and sharing what you think about these opinions, engage.

You will find the exam here.