A New Star Wars Trilogy by Rian Johnson, Star Wars The Last Jedi Director – The Force Is With Him 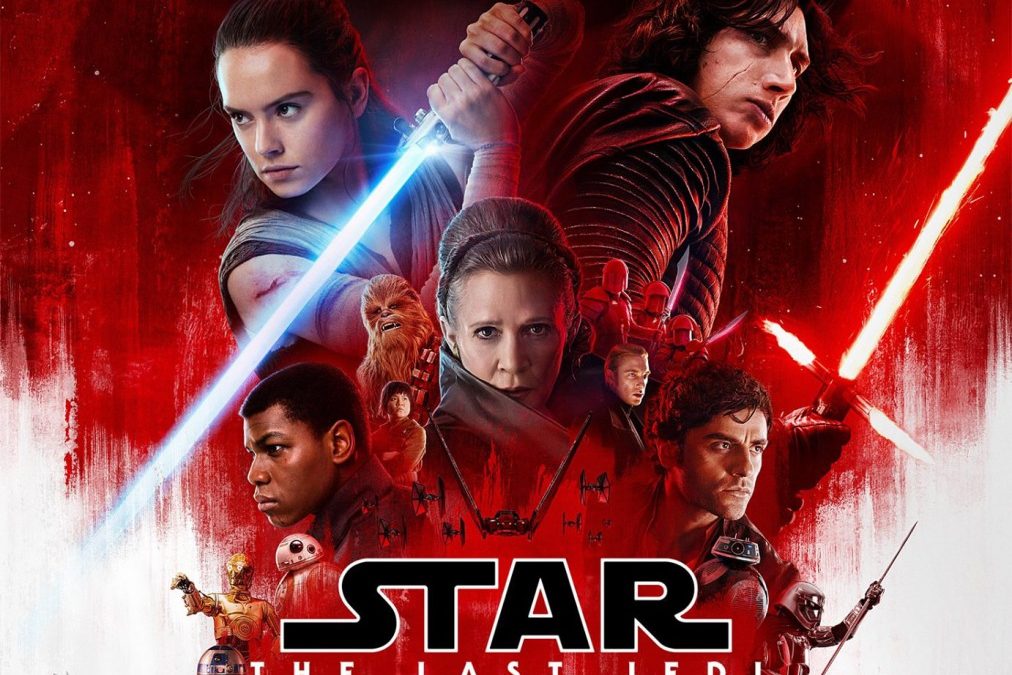 For Over 30 Years This Franchise Has Been Growing – The Force Is With It!

It’s been something of a roller coaster ride for fans of Star Wars from the release of the original trilogy to today with Star Wars The Last Jedi. In England, for the longest time, pre-video, and pre-DVD it was inordinately hard to watch it. Star Wars was obviously expensive for the networks to get hold of, so it was always on at Christmas, and my memory of the whole set up, is that they would alternate between Star Wars and James Bond each year. Most of my Star Wars diet was satisfied in the interim by playing with the AT-AT, The Millennium Falcon, and the various figures I had got, and as I got older, the comic adaptations of the movies and stories from the expanded universe. I also, somewhere along the line, picked up novelizations of Star Wars and Return Of The Jedi, though I recall Empire Strikes Back as being super difficult to find.

When our local cinema managed to get the original trilogy, around the time Return Of The Jedi, my dad, who was a big kid, and my brother, who was into whatever I liked, all wanted to go. So the three of us dragged my mum along to watch the whole thing in the cinema. It was great. One of the first cinematic experiences I had was Star Trek: The Motion Picture and I’d fallen asleep (I came to love it later, but that’s another story). I was riveted. It was great to recap on Star Wars, and see it flow into the darker Empire Strikes Back, and then we were in the new territory of Return Of The Jedi, and no matter what anyone says about its strength as a movie, on that day, for me, it continued the legacy.

I was in college by the time the digitally altered versions came out, and there was something in them I just couldn’t get with. Something of the organic charm and realism of the Jim Henson puppets that were originally used was lost for me. I don’t remember exactly when rumours of a release of both version being in the future came about, but I was definitely on board for seeing the originals I’d fallen in love with. I also don’t entirely recall the timeline, and yes I could Google it, but don’t want to – but this may have been when they talked about how the digital trickery brought to bear on the original trilogy were basically a dry run for a new prequel trilogy. With Han Shot First as the rallying cry of all of us Star Wars Luddites ringing out, I joined the chorus of doubters about how a trilogy without the originals wasn’t the story that we wanted told.

Then it arrived. And I hated it. R2D2 was good, and C3P0 was clunky in whole new ways that worked. I loved the double lightsaber that Darth Maul wielded. And before I saw them on the screen, I had liked the designs for the Gungans that I’d seen in the design books that you can buy before the film comes out. I always appreciated that the Star Wars goes beyond having a whole bunch of humans with funny ears and noses and we’re supposed to believe that is the extent of variation we have to expect in the universe (yes, Star Trek I am pointing the finger at you). But it clunked, and in some parts it was like part of its undercarriage was dragging on the floor, and I was worried the whole thing was going to blow up. Jar Jar Binks was that  undercarriage – he was junk (even the interesting fan theories don’t redeem the oddly racist, and dumb character, that grated on a lot of people’s nerves). The second movie Attack Of The Clones seemed like a flat bland mess with some polishing of the turd applied liberally. I didn’t hate it quite as much – apart from the distinctly annoying accent Ewan McGregor was chewing on through the whole thing (I think Thor movies exist in this same universe where gravitas is added by speaking in a cod upper-class English accent that makes people sound like they have a stick up their butt). Revenge Of The Sith  struck me as being marginally better, but really – Count Dookie? Yeah, I know that’s wrong, but oh well. And this was the movie where we were supposed to buy into Hayden Christiansen trading in his whiny emo flouncings for the weighty actions and carriage of Darth Vader. Yes, I was underwhelmed.

Disney Have Handled Star Wars As One Would Want It Handled

Then Disney bought Lucasfilm, and part of me worried. But Disney owned Marvel, and that was going well, so I wasn’t sure. When news of JJ Abrams bringing a new trilogy to the table came my confidence was building – I didn’t love the Star Trek reboot, but it was serviceable. Then news came in that they were building the sets – that it wasn’t all going to be CGI, and something clicked for me – this felt qualitatively right.

The teasers for The Force Awakens made me really want to see it, and I could see from the trailers that I needed to see it in a cinema. From the get-go it felt like a Star Wars movie, and it did the difficult job of straddling the need to bring the new universe into the old without it feeling forced. Was it flawed? Surely, but it had to do something in that movie that any director would have had a difficult job of doing – satisfying over 30 years worth of fans with ideas of where the new trilogy should go. For me it checked the boxes. It reframed things for me as well, it made me want to go back and look at all the earlier films.

I came back to the prequel series with a more open mind, and a renewed sense of what this universe could do in terms of story telling – I really gave it a chance on this new viewing. I didn’t hate on it so much this time.

Rogue One then came out, and it was even better than The Force Awakens. I felt like it was possibly the best Star Wars film made, and that is saying something … and it felt a little weird saying it, but everything seemed to gel. It was, and I am sure I read this elsewhere, a Star Wars movie that even those who didn’t like the franchise could like. Structured like a war movie, with great cinematography, great drama and human interest, and some on point comedy too.

The Last Jedi trailers have created a buzz, and once again questions about what direction they are going to take the trilogy in. It looks dark, and is touted to be Empire Strikes Back to Force Awakens version of New Hope. We get lots of Luke Skywalker this time. Mark Hamill is the one a lot of people have been waiting for – because if the prequel belong to Anakin and his transformation, the original trilogy was Luke’s story, and that story was never concluded. So this and the next film are going to be both the ending of something, and the move towards something new.

I was excited when Rian Johnson was announced – I first got introduced to him through Brick, which is a brilliant genre mash up of the teen college flick and film noir. The Brothers Bloom I think I watched, but honestly don’t remember too much. Looper was brilliant though, and like Brick it felt like something fresh, while also feeling like something that was really inhabited – a world with real depth to it. I don’t always want for that world to be revisited, but when it has that same feeling that The Lord Of The Rings books gave me – that I could pick a spot and dig down and keep digging and more stories would just bubble up. He makes sense as a Star Wars director – I can see him being able to work really well with the mythos that is in place, because with a story like Star Wars you need to be able to get a sense that the story has the same deep focus underpinnings as the camera work.

An article I read was talking about how this announcement overshadowed Disney’s first drop in annual profits since 2009, and I have to wonder how significant that little sliver of bad news is. Disney owns Marvel. Disney owns Lucasfilm. Disney owns Jim Henson. Disney owns Disney. Disney owns Pixar. For Disney to wrong foot it with the franchises it has under its umbrella would take some monumental idiocy, and I don’t believe the House Of Mouse is likely to do that. Pixar have been of a really high standard. Thor: Ragnarok is by all accounts the best one of that franchise. Star Wars keeps raising the bar. I don’t believe they are in any trouble at all.

If Disney keeps up with raising the standards on these movies they make I don’t have a problem with them owning as much as they do. Things go in cycles – we move through Studio run, to Director driven, to actors being the main pull, and it always going to rotate through that. If you get great movies, who cares? Some of the culture of how these things are put together is going through an obvious shake up at the moment, and something better will surely come out of the process. But this is good news – I am looking forward to The Last Jedi, and the notion of a new trilogy with a new generation of characters offers so many possibilities.